Home Entertainment BTS Expresses Its Feeling Of Being The Most Popular Boy Band In... 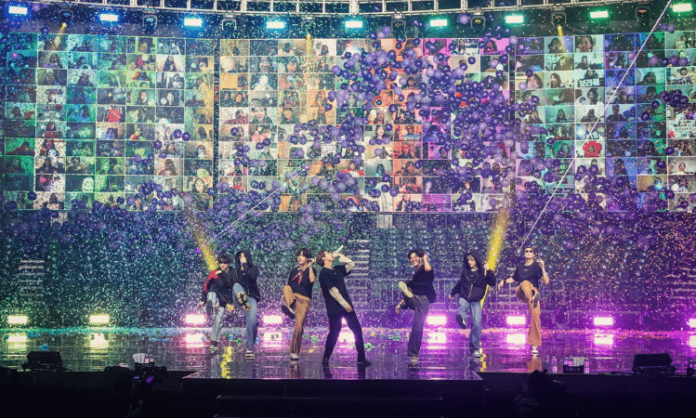 In an interview with BBC Radio 1, they were asked: “How does it feel to be in the biggest boy band in the world? ”

Suga looked back on the years that had passed since his first interview with the BBC and noted that many things had changed.

For the past 4 years, since we first spoke with the BBC, we’ve been totally and totally immersed in it. And looking back now, a lot has changed.

But it hasn’t sunk yet. It doesn’t feel real because we’re here in Korea. Although there is news about us that is published constantly, we are also not allowed to perform or go abroad.
Sucks

For Suga, he still doesn’t feel his immense international popularity due to the pandemic. It’s been a while since they went overseas and met their fans at the shows, J-Hope agreed, adding that he’ll start hitting them as soon as they go on tour and meet up with ARMY again.

Once the pandemic is over and we can go on tour, we can really feel everyone’s energy and love.
J Hope

Meanwhile, V wanted to remind viewers that they might belong to a popular group of kids, but they’re still just ordinary people “like everyone else.”

The boys’ humility is definitely unique and incomparable, as well as contagious, undoubtedly one of their most striking characteristics.

Interview for the 20th anniversary of The Wire | Dominic West,...