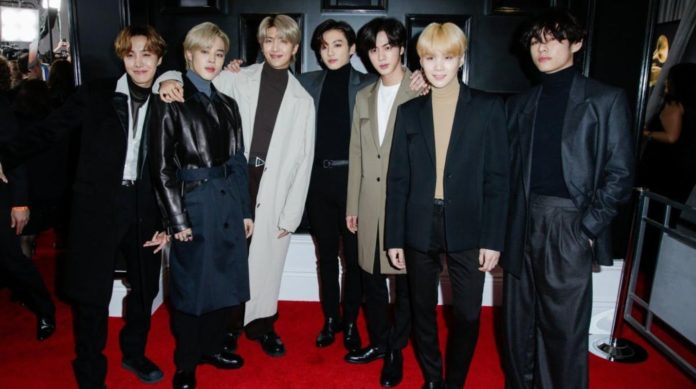 The fans of the group took over the social network. The appearance of BTS in the GRAMMYs has been a topic that from the beginning has given much to talk about, and although the discomfort of ARMY for not seeing the nominated boys was noted, we also know that Bangtan has achieved what few to present in that event.

A series of mixed feelings on the part of the fans were also reflected when they learned that the group would not have their own presentation, but this did not stop ARMY to make Bangtan the most popular Twitter act during GRAMMYs night .

BTS positioned itself in the most talked about topics of the night, winning even Billie Eilish, who was the most awarded of the event, as well as the emotional performances of Camila Cabello and Demi Lovato.

Despite his short presentation on stage, Bangtan’s participation in the song “Old Town Road” , along with rapper and singer-songwriter Lil Nas X made this song the most tweeted during the night .

Even before the start of the ceremony, the BTS boys had already shared what, according to the platform, would become the second most tweeted moment of the 2020 music event . We talk nothing more and walk less than the selfie that RM shared via Twitter , with the description ‘Purple you #GRAMMYs’

Similarly, the selfie that Jin shared by the same means was also placed as one of the most shared, among all the celebrities present, through retweets.

See Also
BTS sends messages to their 'I' in the future

Teaching him in the street! Anastasiya Kvitko turns Instagram upside down