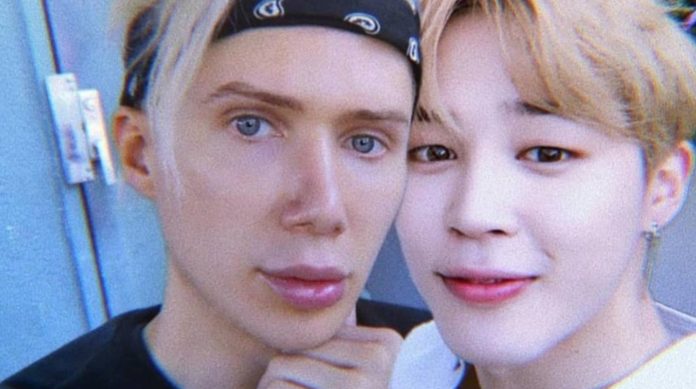 Over the past few months, Oli London and his enthusiasm for physically resembling Jimin from BTS have given much to talk about. While Internet users discuss their wishes to look like the idol, the Briton appeared on the program ‘Botched’ by E! to continue with its transformation and undergo a new operation. Read on to find out what the opinion of plastic surgeons was about it.

The new chapter of ‘Botched’ was attended by Oli London, the BTS fan whose biggest dream is to look like Jimin. Throughout the video, it is observed how the Briton explains to the doctors all the procedures and surgeries to which he has undergone during the last years to achieve his objective and asked for his help to operate the nose once more.

Oli took with him a real-sized cardboard Jimin figure, which accompanies him everywhere, he has dinner with her, they sleep together and he has kissed on different occasions. The doctors couldn’t hide the surprise on their faces at what London was telling them.

However, when the part of the final diagnosis arrived, the surgeons made it very clear to the Briton that they could not operate it again, Oli London’s nose would not resist one more surgery since there was not enough cartilage left to perform the procedure.

Although the doctors refused to operate on Oli London, Jimin’s fan decided that he should move on and would do everything possible to achieve his dream. OMG! What’s your opinion about it? Leave your comment.

Bella Hadid: in charming mode to pass an important message to...