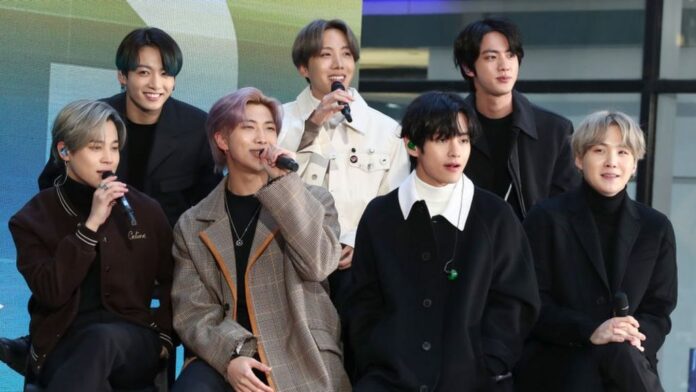 BTS members created some wacky outfits without knowing who would have to wear them. The BTS members showed their creativity by preparing the outfits they would wear in a photo shoot done by themselves.

During the latest episode of RUN, idol group members came together to craft seven creative outfits for a photo shoot . All the outfits had a common characteristic, the extravagance , but there was one that no member would want to wear, that was the outfit created by Jin .

The outfits would be delivered randomly among the BTS boys , so each took a sheet of paper indicating which was intended for each. With the clothing sets dangling behind them, it was revealed that Suga would be wearing the outfit he prepared himself, Jin the outfit created by J-Hope and J-Hope the one by Jungkook.

As each member revealed the outfit they would wear , the concern among the rest of the members grew, as the chances that they would have to wear Jin’s outfit increased.

Taehyung and Jimin showed their results and showed that they would have to exchange the outfits they prepared, which filled them with excitement, but while that was happening, RM was already resigned to the fact that his corresponding outfit would be the worst.

The result of Jungkook was yet to be known , so he and Namjoon simultaneously revealed what they would have to use. Namjoon had to wear his own outfit while Jungkook would wear the outfit created by Jin , which nobody wanted to wear due to how strange it was.

the powerful aura that he radiates, the confidence and the dominance…all hail the king!

After changing, the members separated into groups, those who would take the photos and those who would see the result of the session through the monitor. They took the individual photographs , continued with some by sub units and some others as a group.

The photos chosen to be shown through an exhibition will be revealed soon , so the fun with BTS will continue.

Check out the full video from BTS’s photo shoot below:

BTS also recently demonstrated their flexibility through a stretching session they filmed prior to their rehearsals for the GRAMMYs.