Home Celebrity BTS dedicates a special message to their fans 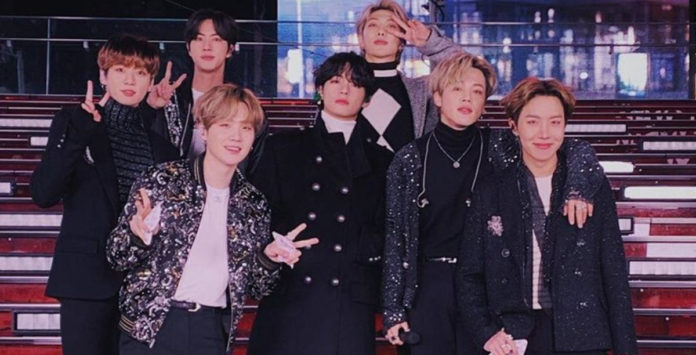 This musical initiative by the boys of Big Hit Entertainment was a complete success.

The BTS members repeatedly thanked all the attendees of the broadcast for the good reception of BANG BANG CON in its two days.

Since the group announced that they would share a series of concerts and songs through their YouTube channel , social networks explored knowing that the quarantine would not be so heavy to have BTS a little closer.

When BANG BANG CON’s series of performances on their second day ended, BTS dedicated a few words to all the viewers who gathered on April 18 and 19 to see some of their most beloved performances .

In the video the group’s leader asked the fans if they had enjoyed the show , Suga replied very happy that everything BANG BANG CON was a lot of fun, J-Hope commented that they were really concerned about the state of the throat of the fans due to so much scream.

V said he was very happy to be able to spend time with ARMY , Jimin asked his followers to return safely to their beds and Jungkook commented that the next time he and ARMY meet they expect it to be at a real concert , to conclude the video. , the BTS members wished all the fans good night .

Later in a post on their Twitter account, the guys from Big Hit Entertainment shared some very happy photos holding their ARMY BOMB, RM posed with Jungkook , while Jin , J-Hope and V took a selfie , Suga and Jimin opted for the Same image that they placed on Instagram a few days ago.

What filled ARMY with excitement and energy was the last image, where each of the members of the group joins their ARMY BOMB to the center, forming a circle of lightsticks that represents their bond and great connection.

In the post you can read: The BANG BANG CON lasted two days, did you like to see it? To all ARMY who shook the ARMY BOMB in their rooms, thank you very much.

Tania Ruiz Thanks San Judas Tadeo For Protection And Causes A...