Home Celebrity BTS COULD HAVE DATE FOR THE NEXT ALBUM 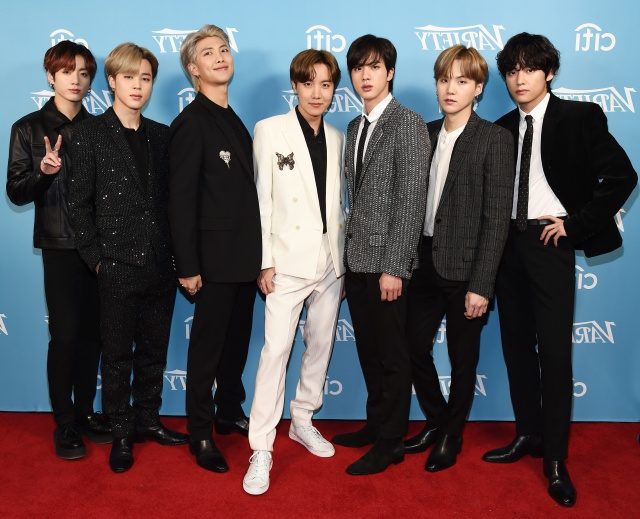 You have read well! BTS prepares for the new year with a record work that will happen to Map Of The Soul: Persona, his most recent and successful mini album. This is good news to start 2020, right?

This was announced by South Koreans publicly on several occasions after appearing at several international events in recent weeks. The words “new music” were repeated again and again in their mouths, triggering the levels of nervousness and adrenaline in their millions of followers.

But that is not all. The new BTS album could have a release date! According to the South Korean portal XportsNews, BTS plans to release its next major project in February 2020. “The new BTS album is likely to be the last album before members join the army. Jin, the oldest of the team, was born in 1992 and must join military service no later than December, “the media said. However, the group agency has indicated that they are still deciding the exact date of publication.

Map Of The Soul: Persona is the last major BTS project. It was released in April 2019 and, since then, it has achieved various certifications that make it one of the greatest achievements of his career. They reached the highest positions in the international charts and even added millions of sales in the various countries. Come on, that our protagonists have crossed borders with their songs, thus becoming one of the most promising talents in the music industry from South Korea. A great pride for them!

An album that, by the way, also brings together some themes that are already milestones in his career. A clear example is Boy With Luv with Halsey, whose video clip has achieved several records in the famous and international Guinness Book.

There is no doubt that 2020 is quite interesting for the K-Pop band, for which many music critics bet very high. What will be the title of this next album? Will it finally see the light in February 2020? We will have to wait for confirmation from your agency or the members themselves.

Demi Rose with nothing to cover her, this is a real...