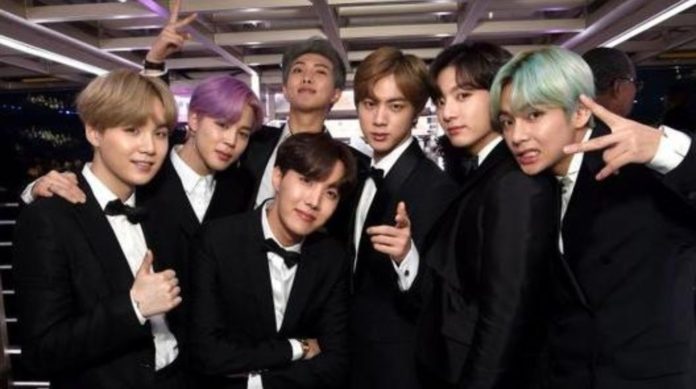 The 2019 Grammy Awards were attended by great music icons, including the BTS boys, who came to present an award while wearing elegant outfits made by Korean designers JayBaek Couture and Kim Seoryong.

The costumes that made idols look beautiful that night are now on display in ‘The Grammy Museum’. The exhibition of the most iconic outfits of celebrities who have attended the Grammy Awards will begin on November 20, the same day that the list of nominees for the 2020 GRAMMYs will be revealed.

In case you had the doubt of what the costumes that Jin, Suga, J-Hope, RM, Jungkook, Taehyung and Jimin looked like in ‘The Grammy Museum’, we left these photos for you:

The boys’ costumes are accompanied by a photo of BTS wearing their iconic outfits and a legend that reads as follows:

Without a doubt, this is a great moment for the BTS guys, we can only wait for the results of the 2020 GRAMMY nominations, do you think Bangtan is nominated? In what categories? Leave your comment.

See Also
BTS sends messages to their 'I' in the future