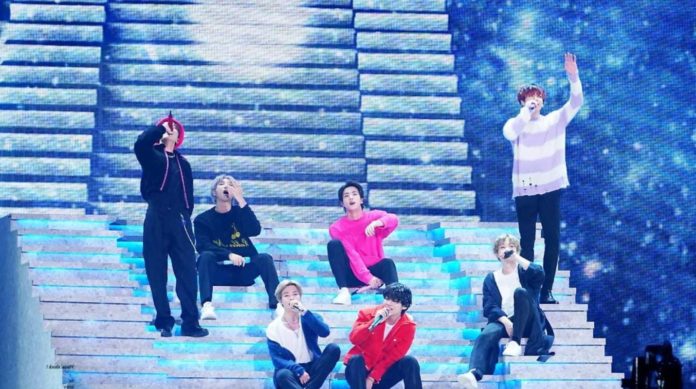 The boys decided to visit their own project.

BTS is a week away from releasing their new album “Map of the soul 7” , so the boys have already returned to Korea to begin preparations.

As part of their promotion, the group held temporary exhibitions called “Connect BTS” and decided to take advantage of their return to their home country to visit the local art they decided to support with their project.

Through his Twitter account, BTS shared photographs of the boys in some rooms of the exhibition by the Korean artist Yiyun Kang , whose work is titled “Beyond the escene”.

Each of the boys left an autograph on display to invite the ARMY to visit the gallery and show their excitement for this type of project. “Beyond the scene” is the Connect most related to BTS , as it artistically projects some of the choreographic movements that the group has, it is a way of seeing their music in another way.

“Connect BTS” touched on topics such as: environment, race and gender; issues that have become more relevant today, with the purpose of showing a union with music and making each of these talents become one and reach more people.

Katy Perry’s “Harleys In Hawaii” is missing from the Billboard Hot...