Home Celebrity BTS Confirms Their Musical Performance For The 2022 GRAMMYs 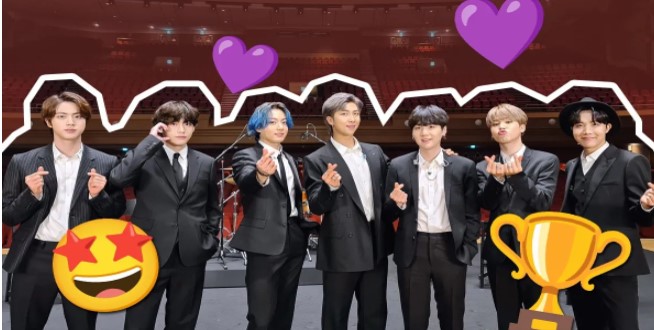 The next GRAMMYs ceremony is just a few weeks away and BTS will have a musical performance at the show, we’ll tell you when the awards are so you don’t miss any details.

The boys of BTS received their second nomination for the GRAMMYs and this time it is Butter’s melody that could make them win an award at the awards of the National Academy of Recording Arts and Sciences of the United States, but in case that was not enough excitement for ARMY, it has been confirmed that we will see them on stage.

The idols have coordinated their agenda and in the coming weeks they will give a series of concerts in Las Vegas, an American city where the awards ceremony will also take place, BigHit had already confirmed the presence of the idols, but the surprises continue.

BTS will bring their music and energy to this event, as it was recently announced that the K-Pop group HYBE will have a special performance for the show.

BTS WILL SING AT THE 2022 GRAMMYS, HERE’S WHAT YOU NEED TO KNOW

It was recently announced who are some of the artists that we will see on stage during the 64th edition of these awards and in the first line-up there are none other than the boys from Bangtan Sonyeondan.

After that, the idol group’s social networks shared a video where a fragment of Butter’s music video is seen and their presentation at the event is also announced.

The 2022 Grammy Awards will take place on April 3 in Las Vegas, the broadcast will arrive on television and there will also be alternatives via streaming, stay tuned because we will tell you how you can see the gala.

BTS HAS A GRAMMY NOMINATION THAT THRILLS EVERY ARMY

Last year the boys from BTS were nominated for the song Dynamite, this time they are again among the possible winners for the Best Pop Duo/Group Performance category, only this time with their energetic song titled Butter.

No ARMY will want to miss the event where, in addition to a possible recognition, the idols will show their great talent with a performance, are you ready for it?

In more BTS news, we tell you that the new tattoo that Jimin wears behind his ear was finally revealed, find out what it is.