Home Entertainment BTS Concert: How To Buy Tickets For Permission To Dance on Stage... 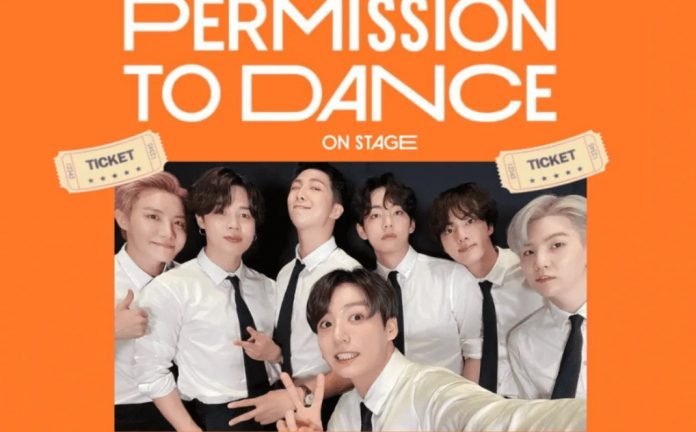 How to buy tickets for Permission To Dance On Stage? The next concerts of the band BTS will have various dates in November and December, they are ready to conquer ARMY from the city of Los Angeles and around the world. Know the dates and the price of the tickets.

After canceling their tour around the world, BTS idols return to the stage with the long-awaited Permission To Dance On Stage concert series , these will have audiences from all over the world in person and virtually.

Through a video, the band led by Namjoon announced that at the end of the year they will take over the city of Los Angeles in the United States with their powerful and fun music, specifically at the SoFi Stadium with the capacity to hold up to 100,000 people.

Jungkook showed his excitement about meeting ARMY live, he also shared that Permission To Dance On Stage would have 4 dates between November and December 2021, J-Hope added:

The time to dance is coming. Let’s have a good time! We work hard to make up for the long wait.

HOW TO BUY TICKETS FOR BTS’S PERMISSION TO DANCE ON STAGE AND HOW MUCH DO THEY COST?

Surely you want to know all the details to buy your ticket for BTS performances and not miss out on Permission To Dance On Stage, then we will tell you the price of the concert tickets, how to buy them and the dates. Ready to see K-Pop idols?

The concerts of BTS Permission To Dance On Stage will take place on November 27 and 28, while in December they will be on 1 and 2, opening with the right foot the last month of the year. What other surprises will we have at SoFi Stadium ?

The first thing to keep in mind to purchase your tickets in presale need a membership of Weverse , you can buy it directly from the app or portal application, the deadline is October 2nd so you can be part of the concerts.

For official members of ARMY of BTS in Weverse they will have benefits such as pre-sale of tickets for Permission To Dance On Stage. If you already have your membership, you will have to apply for the pre-sale of tickets, this began on September 27 and will end on October 2.

After applying, the next step is to create an account on the Ticketmaster page , now that you have done all those steps, you will have access to the exclusive pre-sale that is next October 7.

If you do not want to carry out all these steps, you can wait until the general sale on October 9, the 4 dates will be available, the official price of the tickets is not yet known, but it is expected to be between a thousand and more than 5,000 Mexican pesos .