Home Entertainment BTS: Coldplay confesses what kind of relationship he has with the boys 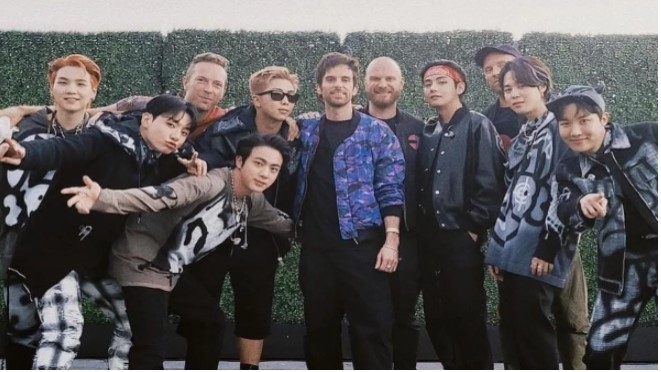 Since the collaboration between BTS and Coldplay for the song “My Universe”, everyone has questioned what kind of relationship these two bands developed, so Chris Martin confesses all about how he feels about working with Bangtan Sonyeondan.

BTS is a South Korean band that is gaining more popularity every day. His unique style has led him to collaborate with different artists in the music industry, who, although they sometimes have a very different style from theirs, have known how to merge.

On the other hand, Coldplay is a British rock band formed since 1996, their career has made them one of the most relevant groups in the history of music worldwide.

WHAT KIND OF RELATIONSHIP IS THERE BETWEEN BTS AND COLDPLAY?

In an interview on “The Ellen DeGeneres Show”, Chris Martin confessed that although many people say that between Coldplay and BTS there is a superficial relationship, they could not be more wrong, since he really loves the boys.

At first he believed that it would be very difficult to collaborate with BTS, due to the difference in styles and age between the two bands, however, all this changed when he met them.

He realized that the way Bangtan Sonyeondan works is very cool, because although each of the members has a very different personality, they manage to make a good team.

In addition, he said that the boys treated them in a very kind, almost familiar way, so he developed a special and real affection for all of them. Phil Harvey, shared this sentiment, as he also said that the seven are very charming and really kind.

In other K-Pop news, Super Junior’s Kyuhyun gives advice on what not to do to find a partner.

Dark Pictures Anthology: The Devil In Me Announced For Console And...