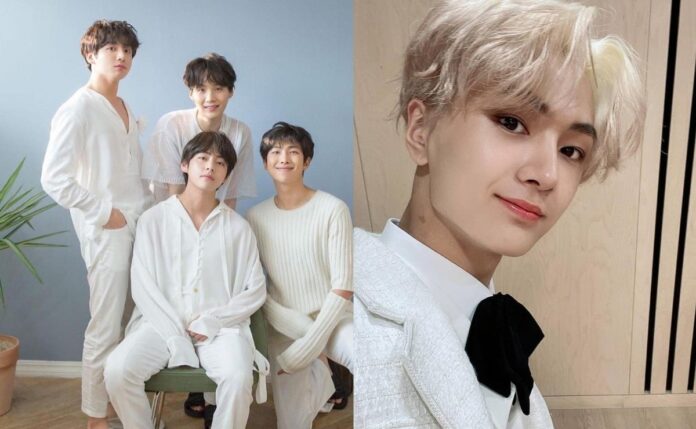 Blood Sweat and Tears was a motivation for the ENHYPEN member and he remembers exactly how this BTS song suddenly impacted his life.

The new generation of artists in the K-Pop industry grew up watching some of the biggest stars we know today. BTS inspired several of them to follow their dreams, and Jay revealed his story with the idol group through an interview.

According to this boy, he was not very interested in joining the music industry and had actually given up on becoming an idol after his first chance, however, everything changed when he heard Blood Sweat and Tears. The song was already a big hit and by that time it had reached the top of the charts, but beyond its impact on music, the singer revealed that he felt something very special when he heard the melody.

After watching the video, he realized the quality of the work of BTS and his team so he regained his strength and set his sights on his career as an artist within Big Hit Entertainment.

BTS INSPIRES JAY EVEN AFTER HIS DEBUT

The ENHYPEN member revealed that he is a fan of fashion because he feels that it is a very special part of his work as an artist and among the idols who influence his style stands out V. For his part, Jimin became a role model at the time. of dancing on stage, so he tries to look relaxed and have control over his movements.

The boys of BTS visited I-LAND’s house when ENHYPEN still did not announce the final results of the show, but in addition, Jay revealed that he is following one of their advice and now enjoys every moment in his career no matter if it is about something a bit embarrassing.

We recently told you that a law was passed in South Korea that allows BTS members to delay their enlistment for military service, but could suffer some adjustments in the face of criticism.