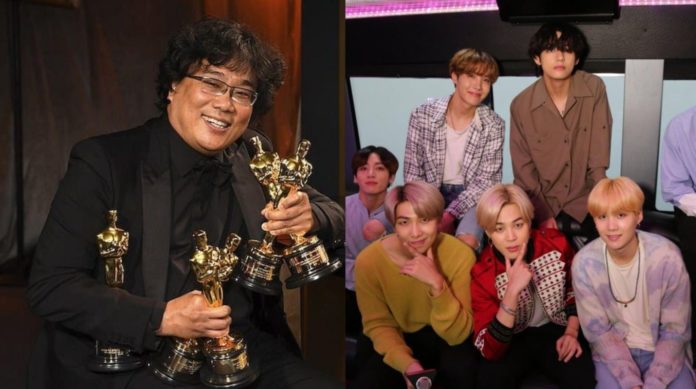 The South Korean band sent a very special message to Bong Joon-Ho and the cast of ‘Parasite’ after his triumph at the Oscars 2020.

The night of the Oscar Awards 2020 was full of surprises, however, a favorite of the public was ‘ Parasite ‘, the South Korean film that managed to make history in this important ceremony of awards .

The cast of ‘ Parasite ‘ not only took several awards home, his effort was also recognized by many people and the BTS boys did not miss the opportunity to send them a nice message for their triumph on the night of the Oscars 2020 .

Through their official Twitter account , the BTS guys shared a couple of photos of the moment when Bong Joon-Ho and the cast of ‘ Parasite ‘ took the stand to receive their prize and added a special message :

Like the cast of this acclaimed film , BTS has managed to do the same in the world of music, breaking incredible records and barriers with its messages of self-love.

The fans of the South Korean band and the film are very happy for how much they have achieved and proclaimed them as legends and pride of South Korea .

BTS admit that they felt after the Grammy results