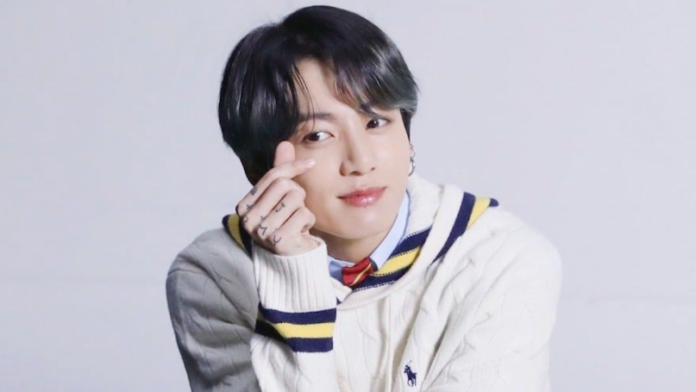 Account BTS on Twitter joined the celebration of the birthday of Jungkook . The idol born in Busan, South Korea, is turning 23 years old and the affection of his fans has been present, but the member of the K-Pop group also shared a special message.

Recently, a collage with photos of the Bangtan Sonyeondan members was posted on Twitter, Jungkook is in the center and the seven members of the group are holding a gold star that reads ‘Happy Birthday’ on a white ribbon.

Kookie has a birthday hat on his head, but under it is a sign with a note that he wrote himself, being a message to himself that he wanted to share during the celebration of one more year of life.

Thank your parents! Say ‘thank you for giving me birth’. Also, thank ARMY! They are people who gave you happiness.

The tweet also included a funny description that his teammates probably gave him, it reads ‘ Jungkook should be happy no matter what, okay?’

The BTS vocalist has been surrounded by displays of affection through all the media that his fans found to celebrate this idol, recognizing his talent and good personality that have characterized him since his debut.

This celebration has led Jungkook to break a new record due to the number of projects that were organized in honor of his birthday , can you imagine how many there were?

There will be a story that is not told in the...