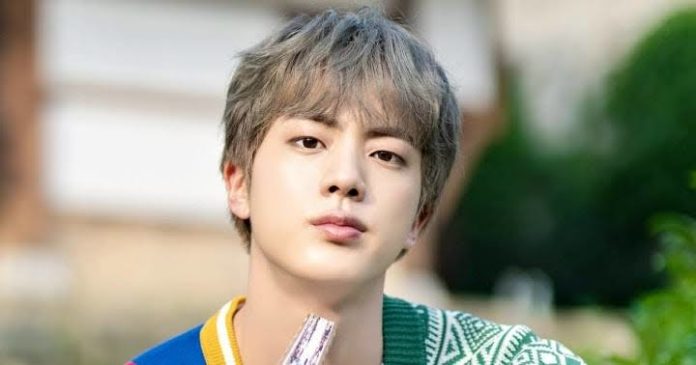 World Wide Handsome Jin lived an incredible moment with his BTS teammates on VLive, and also shared it with his fans!

Today is a very special day for BTS and ARMY since it’s Jin’s birthday. The idol has turned 27 years old (28 in Korea) and to celebrate it he made a live broadcast on VLive, which was full of surprises, we tell you what happened!

Jin wanted to celebrate his birthday in the company of his fans, which is why he surprised them by starting a live broadcast on the VLive platform during the night. When 00:00 was approaching, the idol was so excited to start his celebration that he made a countdown. Aww! In the background, you could see some posters with several funny faces of Jin.

Something that caught a lot of attention was Jin’s look, although he wore a very casual outfit, he stole the heart of his fans when he appeared with his forehead uncovered, a new hairstyle with which the idol has fallen in love with more than one . Jin confessed to his fans that he had worked so hard in recent months that he had even forgotten his birthday was approaching. 🙁 But later, the BTS guys arrived to turn their day into something very special.

After Jin’s countdown, J-Hope and Jimin knocked on his door and surprised him with a delicious birthday cake. The idols joked with Jinnie by putting only 3 candles, hinting that he was already 30 years old. LOL! As soon as the light went out, Hobi and Chim Chim lit the candles and began to sing “Happy Birthday.”

Later, RM and Jungkook joined the celebration. By this time, Jin was already wearing a funny hat that had several candles and asked if he could use it on the red MAMA carpet. LOL!

One of the coolest moments of the broadcast was when Jin left the room for a moment and Jungkook, J-Hope and Jimin started dancing and singing “3J”. Undoubtedly, BTS guys know how to have a great time.

Before saying goodbye to his fans, Jin reminded them of how much he loved them and sent them kisses. Aww! Although the idols should be resting for their presentation at the MMA, the BTS boys were not going to miss Jin’s birthday and made this day unforgettable. What was your favorite moment of Jin’s birthday broadcast? Leave your comment.