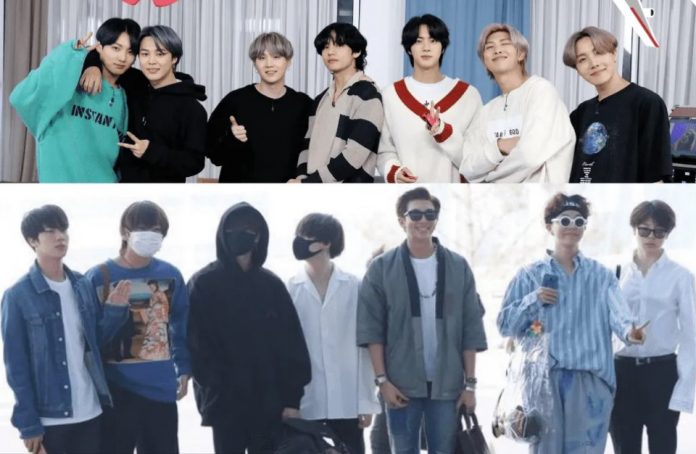 BTS singers and rappers flew to New York City in the United States and dazzled ARMY with their outfits. Do you like the way the members of the boy band BTS dress?

After 2 years away from the airports, they made a trip to New York for an important activity and ARMY enjoyed the looks of the Presidential Special Envoys for Future Generations and Culture.

Jin, Suga, J-Hope, RM, Jimin, V, and Jungkook of BTS are popular all over the world for multiple reasons and one of them is their styles and outfits , because each of them has a particular way of dressing that melts the fans heart.

After 2 years of long waiting, Bangtan Sonyeondan landed at the Incheon airport bound for the United States and the news moved the entire fandom because the trip meant new photos of the idols with their ideal looks to board the plane.

Why did BTS travel to the United States ? The Permission To Dance singers and rappers will hold their first event as Special Presidential Envoys for Future Generations and Culture at UN General Assembly 76, give a speech, and be accompanied by South Korean President Moon Jae In.

The 2021 airport looks of the GRAMMY nominees had varied styles, but apparently they wore outfits entirely by Louis Vuitton or at least some accessory from the brand that named them as global ambassadors this year.

For example, Namjoon opted for a comfortable gray sweatshirt with the Louis Vuitton name on it, while Jin wore jeans, a white T-shirt, a black cap, and a green bag. On the other hand, Suga of BTS appeared with a black beret and blue sweater.

J-Hope chose a more street style outfit with gold bermuda shorts, a white T-shirt, a gray padded sweatshirt (a fall trend), and a bag with the iconic LV logo. Jimin fell in love with the followers with a dark turtleneck sweater and cap, not missing a shiny necklace.

V gave us those businessman vibes with a brown and blue button-down shirt with LV logos, the brand’s belt and pleated trousers that he combined with the tones of the rest of the airport outfit and Jungkook chose a cheerful shirt set. and Louis Vuitton jeans. What was your favorite?