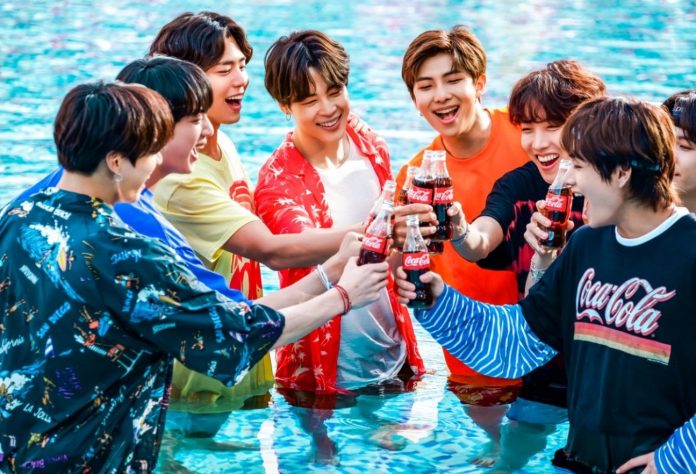 The ARMY is celebrating the new achievement of the boys of BTS, as they will be the new image of the Coca Cola brand.

BTS is one of the bands that does not stop conquering the world and is now causing a sensation by joining in a new project with the Coca Cola brand, as they will already prepare a global campaign that expresses the power of music and emotions.

It should be noted that Bangtan Sonyeondan is one of the K-pop groups with the highest brand reputation, so it is not surprising that they star in different campaigns with food, car, armchair, jewelry and beverage companies.

That is why for a few days they were causing a furor, as a new Coca-Cola commercial was released in Indonesia, ARMY when listening to the accompanying song of the clip noticed that the voices of the track were similar to those of Jimin, V and Jungkook.

It has been highlighted that the melody was titled Turn Up Your Rhythm and the rumors of a collaboration between BTS and Coca-Cola were getting bigger, the theme became a trend in different social networks and other online communities.

BTS and Coca Cola together

To the excitement of the world ARMY, the agency Big Hit Entertainment did not confirm, nor deny the possible campaign of K-pop idols with one of the most important soft drink companies in the world.

But recently, Korean media outlets interviewed a Coca-Cola spokesperson and he confirmed the band’s participation in a series of commercials to promote the brand globally.

It seems that the artists signed a global contract with Coca-Cola for a campaign of great magnitude, little by little they will present new commercials in different parts of the world.

See Also
7 phrases said by Jimin that will inspire you

Everything seems to indicate that the Indonesian commercial represented the first preview of the announcements that will gradually be published in other parts of the world, the song Turn Up Your Rhyth, will be used in the rest of the promotional clips and the boys of BTS if they participated in interpretation.

It should be noted that it is not the first time that the interpreters of ‘ON’ will work with the company, for years they collaborated with Coca-Cola in advertisements or sporting events, in 2018 they starred in the summer campaigns and the FIFA Russia World Cup.