Home Celebrity BTS as a rock band? They confess what role they would take 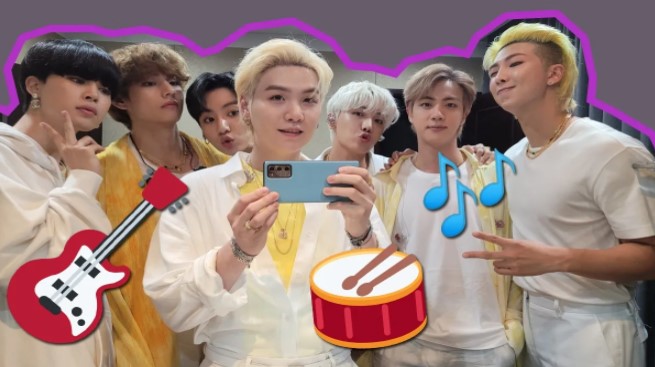 BTS is full of talented and very creative artists, so far we have seen them as a team of idols in K-Pop but we are sure they could adapt well to any style.

If you are a fan of these HYBE artists, surely you already know that in addition to singing, dancing and rap on stage, these guys are also quite involved in the entire creative process for each of their albums.

The members of BTS compose and produce songs, participate in choosing the concept for each album, and more, so they have been able to thoroughly experiment with their musical style and have also learned to play instruments.

Although they do not usually show this talent during their performances, if they have worn rockstar looks on more than one occasion, that’s why the boys imagined what Bangtan Sonyeondan would be like if he transformed, can you imagine them as a rock band?

In one of the clips from Seasons Greetings 2022, the guys appear behind the scenes while doing a photoshoot where they wore powerful looks and a rock vibe, so Jin started by mentioning the possibility that they really followed this style.

Namjoon said that he would probably be the drummer and envisioned Suga as the bass player, but the rapper disagreed entirely and added that if it’s rock then he should be the lead vocalist for the team.

Seokjin also did not agree with RM’s vision and asked to have the role of drummer, what is the reason? the express:

Throughout the careers of these idols we have seen them evolve musically, try new things and even change the type of outfits they wear depending on the musical era they are presenting.

However, ARMY will agree that each time the guys have looked great, as they manage to adapt well to the fresh, fashionista, elegant, youthful vibe and whatever kind of energy they want to convey while presenting their music.