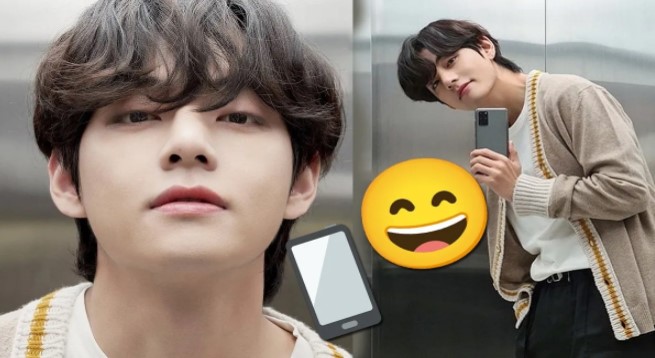 BTS’s V is back in South Korea, but before you go back to your daily activities and take advantage of your break, you are monitoring your health, what do you do to avoid getting bored?

Little by little, the members of the idol group return to their native country with new plans to make the most of their vacations. BigHit had announced that BTS will have an extended break and will enjoy the holidays with their families, which is why V was recently spotted at the Incheon airport.

Following Korea’s current regulations to prevent new cases of the disease facing the world, everyone who comes to the country must serve a period of isolation, and that is just what Taehyung is doing right now.

The Winter Bear singer took the opportunity to keep in touch with ARMY and frequently update his platforms and social networks, one of them being the Instagram that he just created, although he admitted that he continues to learn and at first it was not easy.

Each of the BTS members has posted photos according to their style and taste, for example some update more frequently, the type of images varies, and J-Hope has even built a feed with a Polaroid design.

It was so that V decided to ask for recommendations from fans on Weverse and looked for inspiration knowing the accounts of his followers, that’s why he told them:

Please show me your Instagram Feed, I’m curious how you organize and decorate it. Let’s see how it looks like there!

The fans did not hesitate to post images from their own accounts and together they made the HYBE artist know how diverse the profiles are on said social network.

The Friends interpreter also explained to fans that, in case they didn’t know, he was currently in isolation, so he asked them to help him stay entertained through social media, as he will surely visit them frequently. .

I’m quarantined, you know. so you have to play with me for these 10 days, okay?

His followers could not be happier with so many photos and publications that arrive at every moment, so surely the idol will not have a bit of boredom.

We also tell you that BTS was part of a special episode of The Late Late Show, the idols filmed a Butter performance that had not been revealed until now.

Jooheon is back with Monsta X

Kylie Jenner is crowned the youngest billionaire for the second time