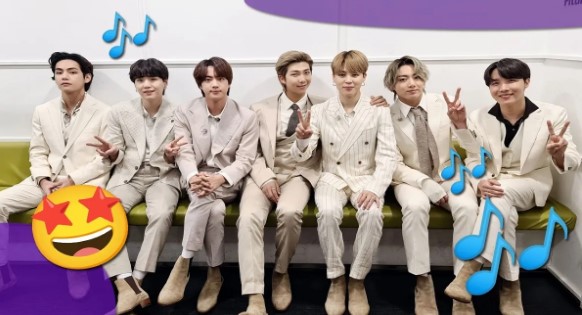 A large-scale vote was held on BTS social networks to choose the songs that ARMIE loves the most in the discography of the K-Pop group, you can already know the results, and a surprise may be waiting for you.

Recently, BTS’s Instagram account has been updating the stories section frequently, but it was done in a very exciting way, and no ARMIE wanted to miss it. Various messages were made encouraging fans to choose their favorite song using a voting sticker with two alternatives, and so the fun began.

When a song from the BTS discography won, it automatically competed with another fandom choice, and thus, little by little, the number of alternatives decreased.

It was not an easy task for ARMY, because with so many wonderful melodies, sometimes it was almost impossible to stop at just one. Despite this, the voting round has come to an end, and now we can find out the most popular BTS songs among the ARMY.

THE MOST POPULAR BTS SONGS IN THE FANDOM, BIGHIT TELLS THE RESULTS OF THE SURVEY

For the first time, the third place was revealed, which became the winning melody of the last elimination, the position was taken by Heartbeat, a K-Pop song for BTS World, released in 2019.

To determine the first and second places, the candidates were no more and no less than “Louder than Bombs and Paradise”. Although the second tune was going to stay on top, fans did not hesitate to note that Louder than Bombs had long been asked to attend more live performances and other events, which prompted others to vote for it.

As a result , the results were as follows:

The top 3 winning tunes consist of tracks that were not performed live during the band’s concerts, so several ARMY noted that the BTS idols would probably be a little confused when they saw the results.

Since some fans invited others to vote for “Louder Than Bombs”, they took the opportunity to mention how great it would be to hear this song live, but also expressed hope that by winning this track, they would finally be able to perform during the concert.

Would you like to hear this BTS song on the show? On the other hand, we are telling you the story of how Jimin and Ha Sung Un’s collaboration for “With You, Our Blues OST” was born.

Jeon Yeo Been will return to dramas with Some Day Or...

Will Ana de Armas and Ben Affleck have a baby?