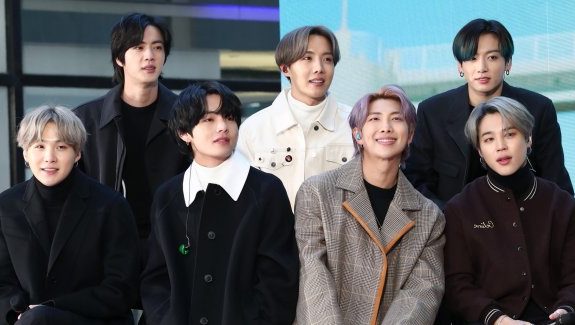 Who said quarantine must be boring? Despite the fact that almost all the stars of the music world have canceled their presentations due to the health emergency, James Corden and ‘ The Late Late Show ‘ have the solution.

We know how much you miss BTS and now you will have a new chance to see them performing live once again. We tell all the details of his show in ‘ HOMEFEST ‘, the special of James Corden .

Through his official Twitter account , James Corden announced that he will hold a special on ‘ The Late Late Show ‘ titled ‘ HOMEFEST ‘, where different artists will make live performances from the safety of their homes . OMG!

This coming Monday, we're bringing people together to keep them apart.

‘ HOMEFEST’ , the special show of James Corden will be held next Monday, March 30 at 10:00 pm through the chain CBS . In the coming days we will share with you the schedules and links so that you can see the live broadcast of this program where you can have the opportunity to see BTS in action once again.

What songs do you think BTS will perform for ‘ HOMEFEST ‘? Leave your comment.

Meghan Markle and Harry: Prince Philip no longer wants to see them

Meghan Markle and Harry moved to Los Angeles because of taxes?

The Hug Between V and Jimin Most Tender You Will See

DEMI LOVATO AND THE SAD STORY OF THE SONG SHE WILL...

Xiaomi Announces and Adds the CPU of Mi 10: We Will...