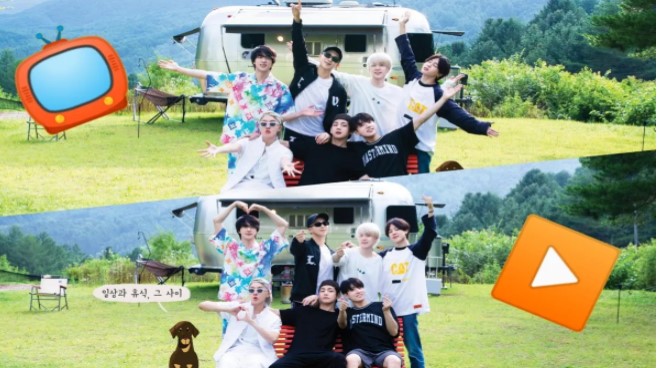 BTS’s variety shows are perfect for ARMY to marathon at all times and to see their favorite artists in different very fun dynamics.

BTS not only prepares music for their fans, the members of this K-Pop group try to give the best content to ARMY to be able to enjoy different facets of the artists on digital platforms or with the extra content that we find on some of their DVDs. .

There are Bangtan Sonyeondan productions with different themes that can lead us to learn more about their history, with interviews and documentaries that can reveal more about the boy band idols, their creative processes and others that are part of their musical career.

And although ARMY likes to be more than informed about any data that BTS documentaries can provide us, the fandom also loves to enjoy the variety shows that Bangtan has generated so that the members of the group show us one more facet of their personalities.

On these reality shows, the Bangtan Boys sometimes have fun dynamics, games, and contests; or we can follow them in their different adventures where any unexpected situation can happen due to not having a script. What are BTS’s best variety shows?

‘BTS In The Soop’ has 2 seasons that ARMY can enjoy, in this they took the idols to a house to live together and spend a few days, so we can get to know a little about their daily routines and see how they cope with everyday life , knowing another side of the members of this group.

With 156 episodes ‘Run BTS!’ is THE variety show that ARMY should definitely not miss, in each chapter, the members of Bangtan Sonyeondan had to fulfill certain missions that lead them to give their all, the loser could get a terrible punishment.

This was a BTS special at KCon in Los Angeles in 2014, on ‘Go! BTS ‘, the idols had to fulfill some missions, but they also showed a bit of their preparation before taking the stage and part of their performance, short for ARMY who may not have much free time to live adventures with their favorite band .

Through VLive, BTS premiered ‘BTS: Lucky Draw’, also known as ‘BTS Bokbullbok’, in this variety show, the members of the idol group played in some different dynamics according to a piece of paper that they took out of a bowl, like this We saw them at charades, playing hide and seek and also table tennis.

A classic for ARMY, ‘BTS: Bon Voyage’ is a variety and reality show in which we can accompany the members of Bangtan traveling the world, in places like Norway, Hawaii, Europe or New Zealand they lived great adventures.

So ARMY has a lot of BTS content to watch on those boring days or when there is nothing else to do.

What to Expect from the Differences of the GIS Series?