Home Celebrity BTS and their awards at the 2022 Golden Disc Awards, which ones... 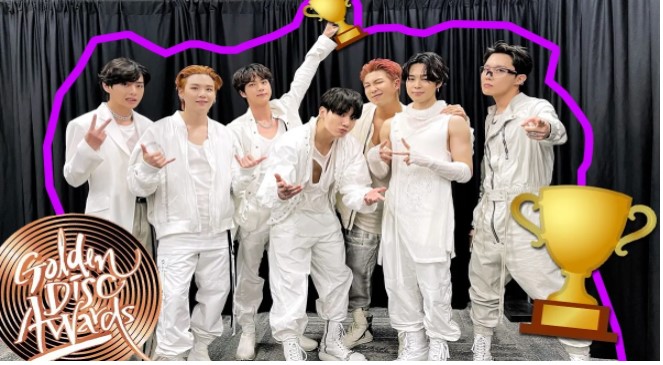 GDA 2022 celebrated BTS’s success by giving the K-Pop band several accolades for the impact their music has generated, what awards did HYBE’s band win? Here we tell you.

ARMY and BTS started the year on the right foot, because just a few days after starting this new round of months, more awards also arrived for the idol group that has not stopped increasing its popularity in the world.

The Dynamite performers were nominated in various categories at the GDA 2022 gala, for which fans voted a few months in advance. The result was favorable in many of the cases for Bangtan Sonyeondan and that was reflected in the delivery.

In total, BTS won four awards within the Golden Disc Awards 2022 and that is why we bring you the details of these awards.

BTS SUCCESS IN GDA 2022 WITH THESE ACKNOWLEDGMENTS

As you know, currently the boys of BTS are enjoying a well-deserved break, so they did not attend the awards ceremony that took place in South Korea, but that did not prevent the K-Pop band from succeeding with a collection of Titles.

Bangtan Sonyeondan received the Bonsang Best Song for Butter and Album of the Year for BE, but it also received the Daesang for Best Album which would also go to recognize the same record material.

BTS IS THE MOST POPULAR ARTIST OF THE GDA 2022

As if that weren’t enough, the group was awarded the Most Popular Artist with the Seezn Golden Disc Award, adding a total of four accolades obtained by the HYBE band at this year’s ceremony.

Although ARMY was surprised to see the presentations that the group usually prepares for these types of events, a bit of the emotion experienced at the Permission To Dance On Stage concerts in Los Angeles was transmitted.

V’s birthday today, what was his life like before fame?