Home Celebrity BTS and Snoop Dogg will have a collaboration, the rapper would confirm... 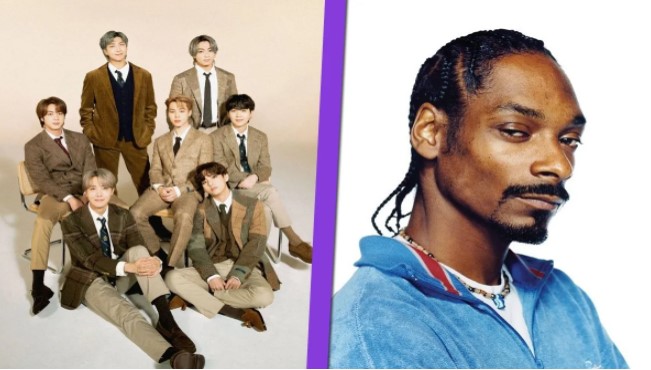 When the great talents of music come together, we can only look forward to their collaboration. Snoop Dogg excited ARMY by talking about a song with BTS that will bring him together with K-Pop.

BTS is the most popular group at the moment, but while its fame increases every moment, new surprises also arrive from the idols. Between new concerts in Las Vegas and a presentation at the GRAMMYs, ARMY has had many emotions, however they increased with the possible arrival of a new collaboration.

In recent years we have seen several collaborations by HYBE artists, starting with their work with Megan Thee Stallion and Coldplay. Since January, suspicions arose that Snoop Dogg would work with these idols after he revealed that he had been invited to work with BTS, but what revived the emotion for that project?

After that statement there had been no news about the possible melody that the rapper would enlist with the K-Pop idols, but he mentioned them again and this time it caused a furor.

IS THE COLLABORATION OF BTS AND SNOOP DOGG CONFIRMED?

Recently the Hip-Hop artist attended American Song Contestant and in the middle of the red carpet declared what could be a confirmation that he will have a collaboration with the group, because although he said he would let the members of BTS tell the details, he threw compliments for them and their music.

The rapper also said that it was official, however there is still no announcement from HYBE, BigHit or Bangtan Sonyeondan members.

SNOOP DOGG GOT A BIG SURPRISE WITH BTS

When the rapper stated in January that the K-Pop band had invited him to work on a collaborative song, he admitted that he didn’t know much about the band but as soon as he was shown the idols’ work he was surprised by what they did. saw on the screen.

Would you like BTS and Snoop Dogg to actually release a song together? Let us know in the comments if you want to see them perform together sometime.

On the other hand, we tell you that HYBE and Source Music are still working on the girl group that will debut soon and new details of the idol lineup were revealed.

Tammy Hembrow Reached The Limit With This Video