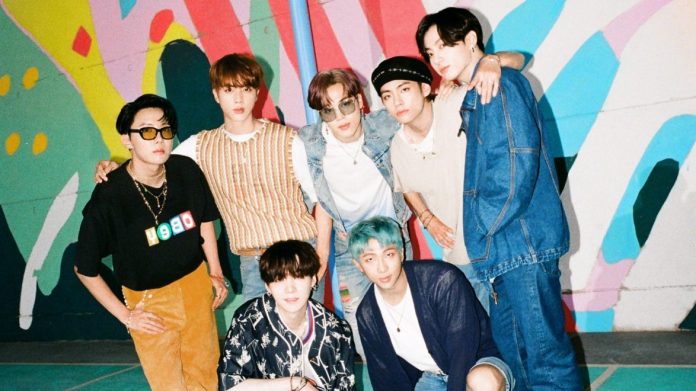 The ARMY imagines what the collaboration between BTS and Michael Jackson would have been like.

Michael Jackson died leaving the world with a great musical void and for that reason the ARMY imagines what a collaboration between the boys of BTS and The King of Pop would have been like.

As they told Somagnews, the members of BTS have a lot in common with Michael Jackson, they both impacted the music industry with their particular message, now they are stars that inspire others to achieve their dreams.

In August 2020, Taj Jackson, Michael Jackson’s nephew, assured that, if the king of pop was alive, he had made a collaboration with the boys of BTS, he would consider them to be musicians who fought hard to get to fame.

He also said that some people close to him lived with the singers and rappers of the K-pop band, they told him that they were very nice, interesting people and highlighted his work ethic and kindness.

At that time, the Moonwalkers and ARMY were moved by Michael Jackson’s statements, although they felt sadness that they could not hear the union of the talents of the King of Pop and the idols of Beyond The Scene.

A few hours ago, through Taj Jackson’s personal Twitter account, he shared an extract of the cover that drummer Jonathan Moffett made of the song ‘Dynamite’, the musician gave the perfect touch to the Michael Jackson style.

Jonathan Moffett, better known in the entertainment world as Sugarfoot, posted on all social networks the drum video cover of the single ‘Dynamite’ and explained that when he first heard the track, he thought it would be a success.

See Also
BTS has ancestors of royalty, could they have been princes?

Sugarfoot shared the stage with the King of Pop, knew exactly what style he should be wearing if it were a Bangtan Sonyeondan and Michael Jackson collaboration, did something special and added the basic rhythms of funk.

Another thing that the BTS members and the singer of ‘Billie Jean’ would have liked would be a drum solo to give more power and consistency to the song, Jonathan Moffett only took the sounds of celebrities as a reference for an incredible mix.

The fans of both stars applauded the drummer’s work, assured him that if BTS saw a clip, they would invite him to a live performance to give ‘Dynamite’ more flair.