Home Entertainment BTS and Lee Min Ho, Everything The Stars Have in Common 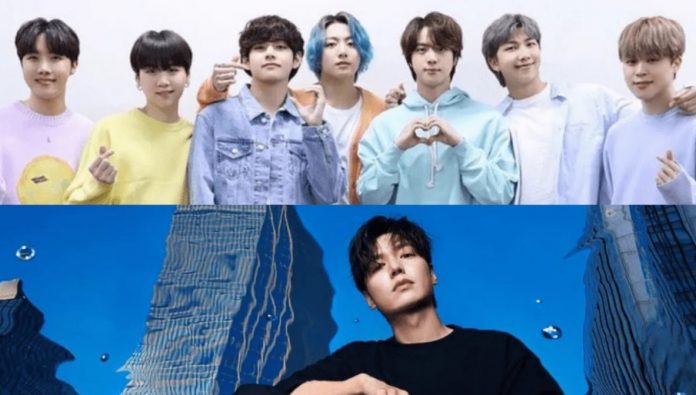 What unites BTS and Lee Min Ho? In addition to being great exponents of the Hallyu Wave, celebrities are united by something else.

Lee Min Ho and BTS together? In the careers of the drama actor and K-Pop idols, there are coincidences that unite them, not only their success around the world but also their impact on the fashion industry.

In recent years, BTS has established itself as one of the most popular and well-known boy groups in the world, putting the names of its members and South Korea at the top of entertainment.

While Lee Min Ho is not far behind as one of the greatest exponents of Korean dramas, having an extensive career that includes movies, modeling, in addition to being an ambassador of tourism for his country for the effect he has on the public of the Exterior.

For a fan of the Korean show, there is nothing like the union of the worlds of K-Dramas and K-Pop, Lee Min Ho and BTS make the perfect combination that melts anyone’s heart, but what unites idols and the protagonist of Boys Over Flowers?

BTS AND LEE MIN HO, THE CELEBRITIES WHO ARE THE FACE OF MAJOR FASHION BRANDS

This year, Lee Min Ho and BTS have joined the Louis Vuitton fashion house, while the actor is the new Asian face of the jewelry and watches area, the Permission To Dance performers are global ambassadors for the men’s design division.

As if this weren’t enough, Jin, Suga, J-Hope, RM, Jimin, V, and Jungkook are venturing out as models with the creations of Virgil Abloh’s Creative Director. LV is the first luxury fashion brand that BTS’s boy band said yes to.

Although the so-called King of Hallyu is a representative of Louis Vuitton’s Watch & Jewelry, he has also flirted with the collections of the Parisian company in photo shoots for fashion magazines, catwalks, line presentations, and visiting its stores.

More and more celebrities are joining Lee Min Ho and BTS for their power among audiences from all parts of the globe, of all ages, and who love Korean Wave representatives madly. What did you think of the union of the stars?

Paper Heroes Launches The Nintendo 64 Encyclopedia, Now On Sale In...