Home Celebrity BTS and Free Fire will have a collaboration, what do we know... 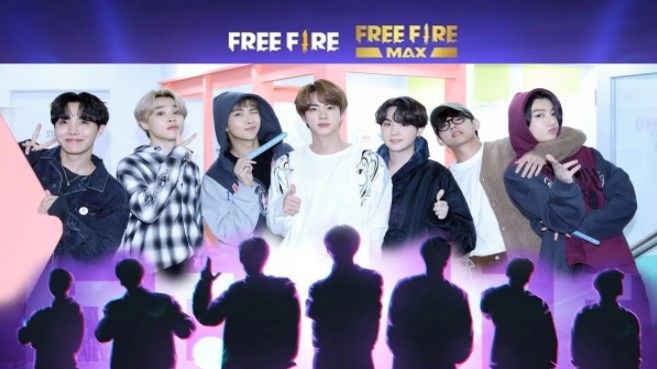 BTS and Free Fire will show the great power of joining forces, the idols of the K-Pop band will be part of the game world thanks to a collaboration that is already receiving the affection of ARMY, what is it about?

Although these singers have shown their popularity in music by becoming the boy group of the moment, their reach led them to become part of the world of fashion, reality shows and even video games, but this time they have joined a new project. .

Previously we saw the idols competing in video games through RUN BTS!, they also appeared in a special way in Fornite with the Party Royal, not to mention that they launched BTS Universe Story, what will they show us now?

It was recently confirmed that BTS and Free Fire will have a special collaboration, bringing together the best of the highly popular video game and the singers of the K-Pop band.

COLLABORATION BETWEEN BTS AND FREE FIRE IS CONFIRMED WITH A PREVIEW

It was the social networks of Garena Free Fire that were in charge of making this great revelation, pointing out that a collaboration between the video game and the singers of BTS is coming very soon.

Previously the game accounts had published a teaser raising suspicions of who the new special guests could be, but this was finally revealed.

The confirmation of the collaboration of Bangtan Sonyeondan and Free Fire came with a new image where the idols appear on and next to an armchair in the middle of one of the game’s scenarios, thus raising the excitement of the fans for what we will see with this project.

ARMY RESPOND TO COLLABORATION WITH FREE FIRE, WHAT WILL WE SEE IN THE GAME?

Although the details of what the global collaboration will consist of have not yet been revealed, some are already beginning to show their curiosity to know if new skins, special events within the game and more activities involving the participation of K-Pop idols will be presented.

Meanwhile, ARMY showed his excitement for this union by taking the hashtag #FreeFirexBTS to trends on social networks like Twitter. WOW!

We also recently told you that the boys from BTS inspired a new Lego collection that all ARMYs will love, what is it about?

Karl Radke and Lindsay Hubbard from Summer House say they are...

Daniella Chavez is enjoying a vacation in Quintana Roo