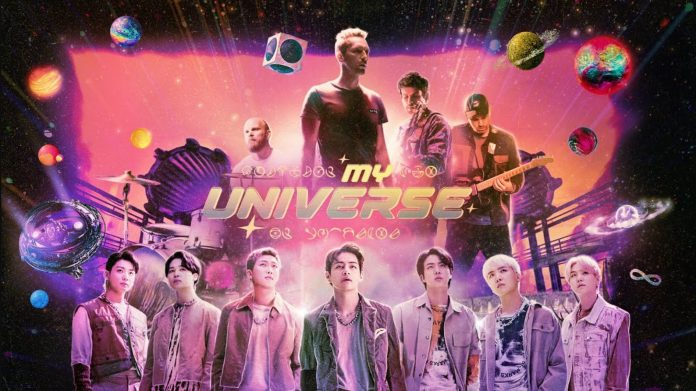 BTS and Coldplay‘s joint single “My Universe” has gone platinum in the USA!

On September 24, local time, Atlantic Records officially announced that the Recording Industry Association of America (RIAA) has awarded “My Universe” a platinum certificate for more than 1 million copies sold.

“My Universe” became the sixth BTS song to be certified platinum in the US, after “MIC Drop”, “Boy With Luv” (featuring Halsey), “IDOL”, “Dynamite” and “Butter”.

Today marks the one year anniversary of @coldplay X @BTS_twt's My Universe! What were some of your favorite tracks from the album? Stream it now! ⭐️🔊🌙https://t.co/h3x8yRQMHZ pic.twitter.com/RhyFWPjsPH