Home Celebrity BTS and Ariana Grande together? the rumors are rising

In social networks, a rumor has emerged that BTS and Ariana Grande are working on a musical collaboration and that it could be launched soon.

In social networks a rumor has arisen that has driven all the loyal fans of BTS and Ariana Grande crazy, as he assures that the American artist and the successful South Korean band are working on a musical collaboration of which no details are known so far .

It cannot be denied that BTS has managed to become a global phenomenon thanks to the talent and charisma of its 7 members, which is why it is not at all surprising that little by little they are collaborating musically with big stars of international stature such as Sia, Steve Aoki , Nicki Minaj and Halsey.

The news that a new song by the band with Ariana Grande went viral immediately on all social networks because the person who leaked such information is an insider, a reliable source that has previously released news from the world of music before anyone else.

BTS and Ariana Grande collaboration could be fulfilled

The insider, whose Twitter user is @stanleakz, is known for revealing some musical firsts to fans and very rarely fails, an example of this is that on July 30 he confirmed that Cardi B and Meghan Thee Stallion would launch a musical collaboration under the title of ‘Finesserz’, although in the end it ended up being called ‘WAP’.

Another case is the long-awaited collaboration between BLACKPINK and Selena Gomez, who according to information revealed by the insider, this would bear the title of ‘Get Over You’ and not ‘Ice Cream’ as later announced; She also announced that rapper Drake would release a new album.

These cases have caused the ARMY (name given to the fandom of BTS) and the Arianatos (as fans of the singer Ariana Grande are known) are almost certain that the musical collaboration between them is a fact and if so , we could be about to enjoy a song that has everything to be an international success.

Do you think this rumor is real? Would you like a musical collaboration between BTS and Ariana Grande? Leave your answer in the comments. 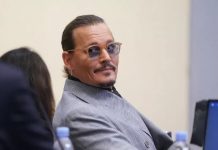