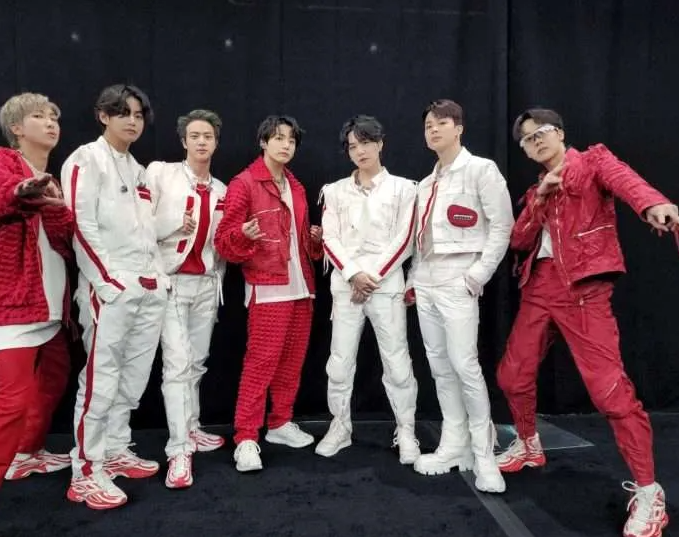 BTS members never disappoint with their Run BTS show! and the last episode proved it once again!

This time the idols tried a new activity that is very popular now: aerial yoga! Just imagine how gracefully the limbs fly… do you understand? Keep that in mind, because it didn’t actually happen.

First of all, BTS were impressed by their instructor’s physique and muscles, which really show his dedication to the sport!

J-Hope and Jin started, and Jungkook even said that his physique is “crazy.” The instructor didn’t say a word and just demonstrated under the astonished eyes of the group members.

When he finally showed up, Jimin was “shocked” and couldn’t seem to get over it as Jungkook applauds with a big smile.

Even when they were doing yoga and Lee Sung-yeon was helping them, Wee couldn’t help but share his love for their instructor. Taking a graceful pose, V said, “Instructor, you look very beautiful now.”

But then did they succeed? Let’s look at it together. The result may surprise you… or not.

We can say that the guys started somewhat difficult. Have you ever played Mario Kart and had a false start? That’s the feeling you get when you watch them do it.

But rest assured! We have a participant who managed to stand out. Have you guessed who it is? Knowing his background as a modern dancer, we are not surprised to see that Jimin is doing much better than others!

While the other participants struggled to stretch, Jimin showed no difficulty.

But how did he behave in the air? Exactly the same ! So much so that J-Hope asked him if he was hiding his game while sitting on something.

The difference between Jimin’s appearance and the other contestants’ struggles makes it all really funny.

In the end, the BTS members decided to use Jimin’s photos and post them on social media accounts using photoshop instead of their faces!

In any case, this episode was fun, and the fans, as always, liked it!