Home Celebrity BTS IS ALREADY IN NEW YORK, SO THEY PREPARE FOR ‘NEW YEAR’S... 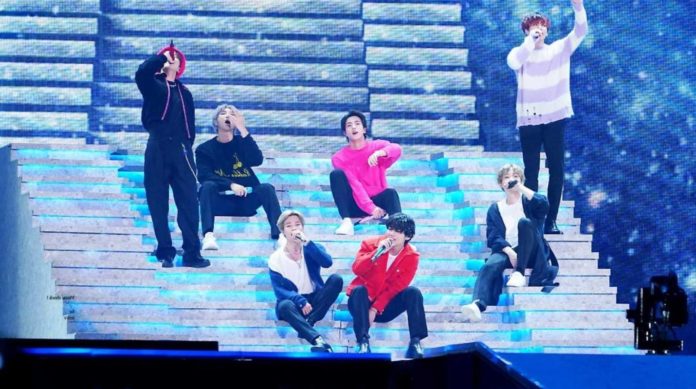 ARMY! We are only one day away from saying goodbye to the year and watching BTS perform at the Time Square concert ‘New Year’s Rockin’ Eve ‘. Are you ready? We tell you how everyone has been preparing for this event that will take place in one of the most important cities in the United States.

To begin with, BTS is already in New York City, the boys arrived safely and were welcomed by some fans at the airport. Apparently, their participation will last 8 minutes and is expected to be one of the most exciting presentations.

ARMY hopes they get enough rest to enjoy the event and later celebrate the new year.

On the other hand, the fandom has shared videos about the preparation of the famous ball that descends during the countdown of December 31 seconds before the new year. One of the drivers of the event, Ryan Seacrest, revealed that he is asking for the weather to be favorable, since he is sure that Time Square will be filled by many ARMY.

In addition, there is something that worries ARMY, supposedly BTS has prepared a surprise for its fans after finishing its presentation. Comeback tracks? Collaboration with someone? KASTAPASANDA !!!

The fandom is also excited by the ads that are on the big screens of the famous avenue. Taehyung continues to celebrate his birthday, because here is just December 30, so they hope he can see the project that was done for him: huge screens with photos and videos of the idol. Wow

Recently, BTS boys could also be seen rehearsing some of their choreographies. A video that shows idols practicing for the concert has begun to circulate on social networks, but has no sound. Can you guess what song it is? Leave your comment.