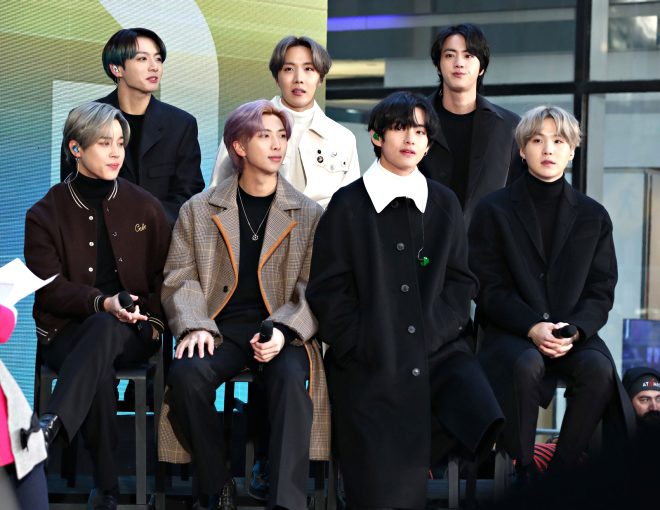 The group continues to compose the new singles for their comeback and they already have 7 songs. BTS already has 7 songs ready and some of them have already been presented to the company, the comeback is getting closer and closer.

After their anniversary party and online concert, the boys continue with the preparations for their next releases, they have already released “Stay Gold” and the premiere of their Japanese album and their new docuserie are missing, Jimin and Jungkook gave the last advances of the next comeback .

Through the VLive platform, J imin and Jungkook held a live broadcast where in addition to cooking and interacting with ARMY, the boys shared BTS’s album details , which are expected to be released in October.

As you will remember, Jimin is in charge of gathering each of the group’s ideas and requests and sending them to the company so that they can discuss it and approve their plans, so he revealed that he wrote 3 songs that have already been sent.

The idol admitted that he will have to meet with someone from the company to evaluate the compositions and clarified that it is not certain that they are on the album. For his part, Jungkook has been very busy and has had great inspiration, as he wrote 4 more songs .

Although he did not advance about what they are about and if he has already finished them, the idol is very focused on the album.

So far, BTS has around 7 unpublished songs that will need to be evaluated and approved, they will be on the tracklist, although if they are left out, the boys can take the opportunity to include them in their mixtapes, as in the case of Jungkook , who has not yet released yours.

ARMY is excited and can’t wait to hear the new singles, are you ready?

But the musical terrain is not everything for BTS, it was recently announced that the drama inspired by their story will be called “Blue Sky” and they have already started with the auditions, because they are looking for boys who can represent them during their student days.

BTS AND OTHER FAMOUS MUSICIANS WHO HAVE APPEARED AT THE SIMPSONS