Home Celebrity BTS: THE MOST ADORABLE MOMENTS OF THE ENCORE 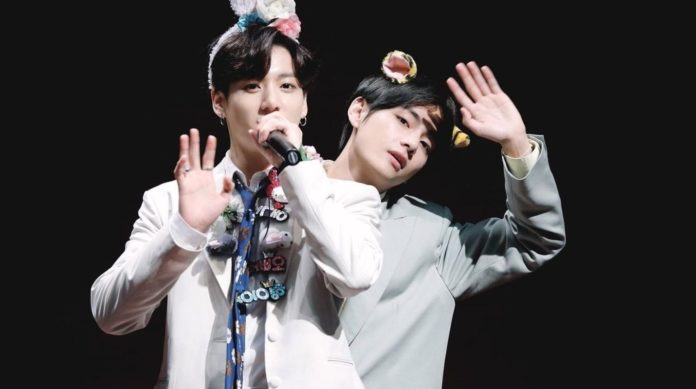 BTS The boys performed the second encore concert of “Love Yourself: Sepak Your Self (The Final)” and unlike the first day where everything was a roller coaster of emotions, this time there were many adorable moments among the boys.

From RM’s words to ARMY, Jimin handing out hugs and more. This is a top 5 of the cutest thing you’ll see today from BTS.

V and Jimin
Taehyung was grateful to the ARMY and wanted to capture the moment they were sharing and record a video, but he almost stumbled and Jimin arrived in time to help him and avoid an accident. In the end, both end up hugging.

Jimin wants to hug
Jimini was being sweet to all his teammates and when he saw Suga wanted to give him a hug, but he started to run away. LOL Jimin didn’t want to give up and ran after him to hug him.

JiKook
One of the BTS ships makes ARMY collapse. When Jungkook was singing, Jimin approached him and made her love in her hair. Awwww!

Vkook
VKook also gave us moments. Both were singing and shared affectionate glances that ended in tender smiles between them. Undoubtedly, all the boys seemed happy and were simply enjoying the moment.

RM and self love
Finally, RM again gave the ARMY inspiring words. Namjoon said that before he thought there was a great “wave of perfection” in social networks; However, he assured that now he loves himself much more as he is.

Becky G shows her secret to have it like this and...

Events that brought shocking changes to the plot