Home Entertainment BTS: 5 Songs That Jin Recommends You From His List on Spotify 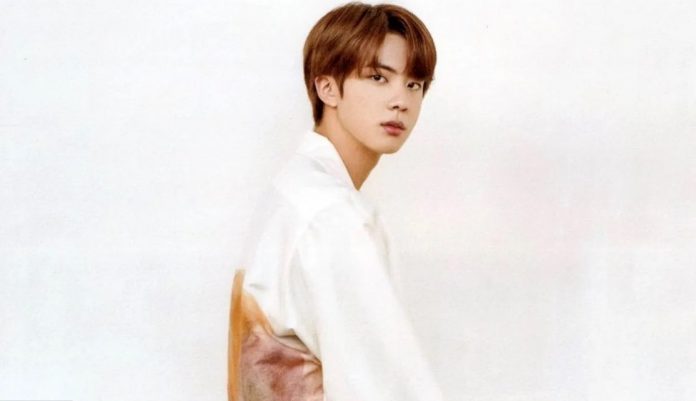 BTS has proven to be a great band within K-Pop , idols love their work, music is what moves these artists and with passion and love for it is how they perform on stage ; Bangtan Sonyeondan’s singing and dancing is unmatched and ARMY is always more than enchanted by the talents of these idols.

But just as they love to sing and dance , write and compose their songs, the Bangtan Boys also love to listen to music , they have many favorite artists and songs that inspire them for their work, motivate them day by day or simply manage to get them to sing.

There are no exceptions and Jin from Bangtan is also a loyal music lover , he has many favorite artists and he likes to share his favorite songs with ARMY, do you know what songs the idol recommends us? He knows some of his favorite songs that lead us to imagine him covering these excellent tracks .

A Jin likes rock and proves it with this song, ‘Iris’ by Goo Goo Dolls , a classic of this group, this song was released in 1998, and orignalmente was composed for the film ‘City of Angels’.

Save Your Tears – The Weeknd ft. Ariana Grande

Among Jin’s favorite songs we can also find R&B and Pop artists, The Weekend and Ariana Grande collaborated for a remix of the singer’s original song, thus they released a new version ‘Save Your Tears’ that Jin loves.

‘Holy’ by Justin Bieber with Chance by Rapper, is a calm and calm track but full of rhythm and the incredible voices of these singers; a chillier mood for Jin, who really enjoys this song.

With a very cool beat and the vocals of 24kGoldn and Iann Dior , ‘Mood’ is one of Jin’s favs songs that he recommends, it sounds like a good song to drive your car and go for a drive at sunset.

Jin also likes Taylor Swift and decided to add the song ‘Willow’ by this singer to his playlist to share the best songs with his fans . This track is simple and calm with an acoustic guitar that accompanies the singer’s voice.

Jin has very good recommendations on his playlist, which of these was your favorite?

Why Elon Musk’s Twitter Deal Was Doomed from the Start