Netflix announced the development of two adaptations of BRZRKR, HQ created by Keanu Reeves. The first project will be a live-action film, in which the actor himself will star. Then, an animated spin-off series will be made, in the anime style, dubbed by him and which will expand the universe created in the original work by exploring new elements of the story.

The novelty was presented after the streaming platform bought the adaptation rights of the publisher Boom! Studios, responsible for the launch of BRZRKR. The plot follows the 80,000-year life of an immortal warrior – known only as “B” – through the ages. The character is described as half human and half god, cursed and in the midst of situations full of violence.

After roaming the Earth for centuries, he will accept to work for the US government with a mission to face dangerous battles that no one else would be able to. In return, he will receive his only wish: to discover the truth about his existence.

HQ was launched at the beginning of the year and has already become a sales success. Based on Reeves’ original idea, written in partnership with Matt Kindt (MIND MGMT), it contains illustrations by several renowned artists, such as Ron Garney, Bill Crabtree, Clem Robins and Rafael Grampá, Brazilian comic artist. The adaptation of BRZRKR has not yet had a release date revealed by Netflix. 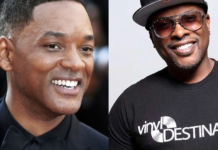 Who is the most powerful witch in American horror story?