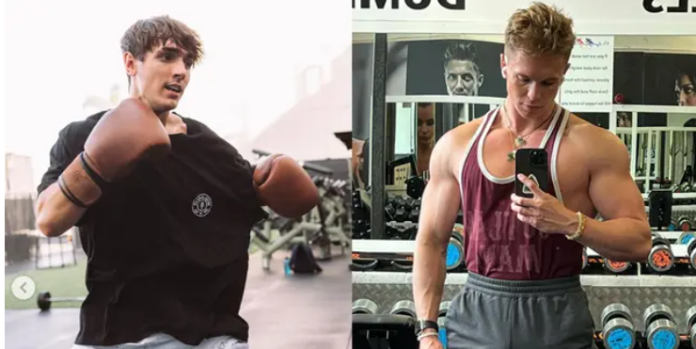 TikToker and YouTube star Bryce Hall has said he is ready to fight British Internet star Joe Weller, whose first fight with KSI in 2018 marked the beginning of the entire YouTube boxing scene.

The incredible success of YouTube boxing was a direct result of the fact that KSI and Joe Weller entered the ring back in 2018.

While the former continues to be at the center of the sport — and may be set to abandon Dillon Denis, the latter has become less involved in the internet trend. He was still showing up at events and even looked ready to fight with KSI before security intervened before the 2 fight 1 night event.

However, Weller may return and fight Bryce Hall, an American who was previously knocked out by Austin McBroom.

Since then, Bryce has challenged KSI and others, but on November 18 announced his readiness to fight Joe Weller.

A tweet from “MamsTaylor” provoked Hall’s comment, which said: “In a world where influencers who talk about fights are actually fighting… Weller vs. Bryce would be so interesting to me.”

In response , Bryce said: “Then let’s make a deal,” followed by a smiley face with a handshake.

let’s come to an agreement then 🤝 https://t.co/ce8lgo9V0l

The tweet aroused great public interest, and many were looking forward to the showdown.

Bryce hasn’t boxed since Austin McBroom brutally beat him up. McBroom lost to AnEsonGib and then announced an indefinite break.

Hall, however, seems eager to return to the ring, even though his only experience was a heavy defeat.

Joe Weller, on the other hand, has been spending time in the Amazon rainforest and has not responded to Hall’s comments at the time of publication of this article.