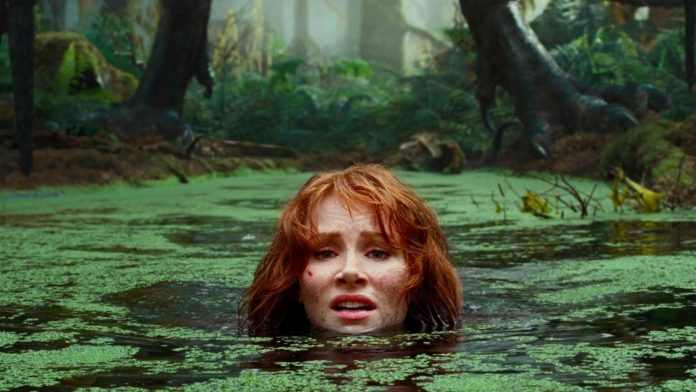 During an Insider interview, the 41-year-old actress revealed that she was paid less than her Jurassic World co-star, despite his struggle for equal pay.

“I was paid a lot less than even the reports said, a lot less,” Howard said. “When I started negotiating Jurassic World, it was 2014, and it was a different world, and I was at a very disadvantage. And unfortunately, you have to sign up for three films, so your deals are done.”

Howard and Pratt revived the Jurassic Park franchise in 2014 with the release of Jurassic World. However, back in 2018, Variety reported that Howard received $2 million less than her film counterpart—she received $8 million for Jurassic World: Fallen Kingdom, as opposed to Pratt’s $10 million check.

Now that figure was probably much higher.

Although Howard and Pratt continued the franchise with the recent Jurassic World Dominion, it looks like she kept getting the short end of the stick. Although Pratt did try to help her negotiate a higher payment.

“What I will say is that Chris and I discussed it, and whenever there was an opportunity to move the needle on things that hadn’t been discussed yet, like a game or a trip, he literally told me, ‘You guys don’t even need to do anything. I will conduct all negotiations. We’ll be paid the same, and you don’t have to think about it, Bryce.”

“I love him so much for that,” Howard added. “I really do, because I’ve been paid more for this kind of thing than I’ve ever been paid for a movie.”

This is certainly a very noble act. But Howard shouldn’t be fighting for equal pay at all. Unfortunately, Hollywood continues to struggle with the inherent pay gap between men and women.

Jurassic World Dominion also brought back Jurassic Park legends Laura Dern, Jeff Goldblum and Sam Neal. But many criticized the film for the fact that this reunion was squandered due to poor reviews.

Want to learn more about Jurassic World Dominion? Check out our explanation of the ending of the movie, not to mention our full review of the 2022 dinosaur action movie.

Euphoria: What we always suspected about why the series is a...