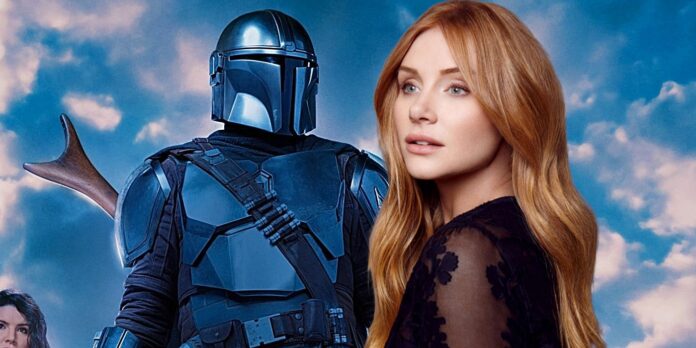 The second season of The Mandalorian delves into a deep treasure chest of Star Wars history, introducing (or reintroducing) fans of the franchise to iconic characters from the wider universe, including Boba Fett, Ahsoka Tano, and Bo-Katan Kryze. as well as mythology like the Dark Saber.

While many Star Wars fans loved the Disney + show’s exploration of the wider mythology of the galaxy far, far away, some less well-versed Mandalorian fans in the Star Wars universe might not have been as interested in these connections. additional.

Bryce Dallas Howard, who directed the second season episode The Heiress, confessed in an exclusive interview that she feels the broader Star Wars mythology has been handled well in season two of The Mandalorian, comparing the additional layers to the approach taken. .

Similarly, she added that she feels that the existence of a larger world by telling a story can be a real asset, because it provides additional depth and richness to the events and characters.

Dallas claimed that when you’re telling a story that it’s a biopic or something like that, and there are a lot of characters that are smaller characters in that biopic, but you can read about all of them, because they existed and their lives. They are well documented and all of that, only the biopic that focuses on one character will better inform.

“Because you will have these other fully developed characters who, although they are not centered on them, are part of the narrative.”

As for The Mandalorian, Howard revealed that she is keenly aware of the need to appeal to both casual viewers and the most devoted Star Wars fans, and said it takes “turntables” to bring a great viewing experience to both.

“I would also compare that to The Mandalorian in the sense that there are character stories that exist, but even if they are not playing a central role.”

She added that she feels that the involvement of executive producer Dave Filoni, who has worked on various Star Wars series, means that Star Wars fans are looking forward to richer storytelling and that the team is trying to incorporate this while keeping the action enjoyable for fans who they are new to some established characters.

“I think not connecting The Mandalorian in any way, especially with the Dave Filoni collaboration, would personally feel like a missed opportunity,” she said. “As a fan, when I see Dave’s name on something, I want the narrative to be that much richer.”

“I want to feel the specificity of the Star Wars universe come to life, especially when it comes to live action. It’s definitely a fine line, but that’s part of the joy we share.”