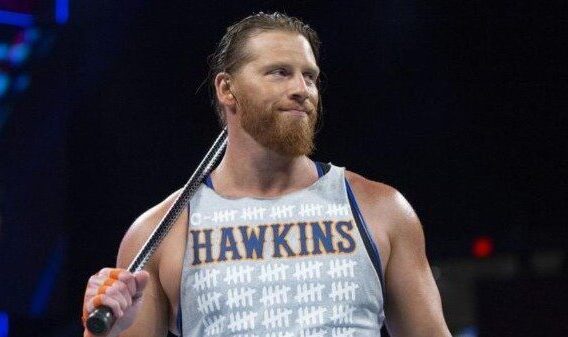 Bryan Myers, the wrestler known as Curt Hawkins in WWE, was one of those hurt in the wave of layoffs at Vince McMahon’s company. He was released like other superstars, referees and producers due to the economic blow that the company suffered due to the Coronavirus. However, Myers remembered his time in WWE telling some secrets that perhaps were not known.

He had to convince Vince McMahon to continue his losing streak

Since Curt Hawkins debuted in WWE in 2016 at the No Mercy event, he has had a losing streak that lasted until Wrestlemania 35 when he managed to clinch the RAW tag team championships by beating The Revival. Zack Ryder was his teammate, another of those harmed by the layoffs.

It was not Vince McMahon or the creatives who wanted Hawkins to lose, but himself. As he told on the Talk is Jericho podcast, his main role was to lose the fights. However, the creatives decided to give him a victory against Heath Slater. But he had to convince them to continue with the defeats.

¨ What happened was the following. A journalist wrote an article titled “Curt Hawkins loses 100 fights in a row” ¨ and someone tweeted it mentioning me. So I thought, “Wow, that’s true! It’s amazing! Let’s continue with it, what difference does it make? ”I remember that I was talking to them (the creatives) saying that I should keep losing, since I would do it anyway.

Supposedly he was going to beat Heath Slater in Superstars or Main Event or something like that. So I went to a writer and told him to tell Vince that you better not do that. The writer told Vince McMahon to give me a victory, as I was fighting at the Barclays Arena in my city. So I said ¨Better no! Let’s see where all this takes us. ”I knew that all of this was going to come to something good sooner or later. He didn’t keep track of the struggles he was losing. People would come to the shows and they saw me as ¨the guy who always loses¨. They would keep coming to see me win after so many lost fights¨

Back then, people blamed WWE for wasting Curt Hawkins’ talent. But after several years we realize that the fighter himself chose that way of carrying his character in the company. All this indicates that there are times that we criticize without knowing exactly what is happening within a company.