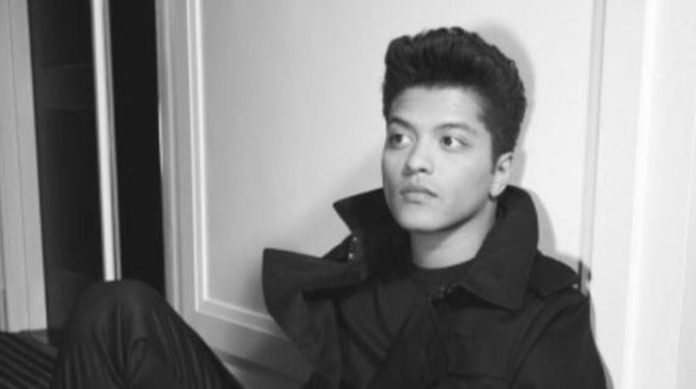 Bruno Mars has been immersed in the studio working on new projects.

The style and sympathy of Bruno Mars have impacted the world of music and now joins Disney to give its magic and touch to the tracks of the films of the production house.

Disney and the singer have reached an agreement where Mars can develop all his artistic skills , which have led Bruno to win more than 10 times in the Grammy Awards, he will be in charge of production, composition, lyrics and interpretation , creations of Mars will own 100 percent.

And on his Instagram account , Bruno , shared a video where he is working on music, playing the piano, with his characteristic gold rings and watch, the singer of ‘ The Other Side ‘ is performing ‘ When You Wish Upon a Star ‘ from Pinocchio :

“If your heart is in your dream, no request is too extreme when you ask for a star”

Clip Bruno Mars announcing the new musical film of Disney already has more than a million copies and many comments congratulating the singer and producer . Mars also appeared giving voice to a song from the animated movie Rio 2 in 2014, which is called ‘ Welcome Back ‘.

KUN DE WAYV CELEBRATES HIS BIRTHDAY WITH THE LOVE OF HIS...