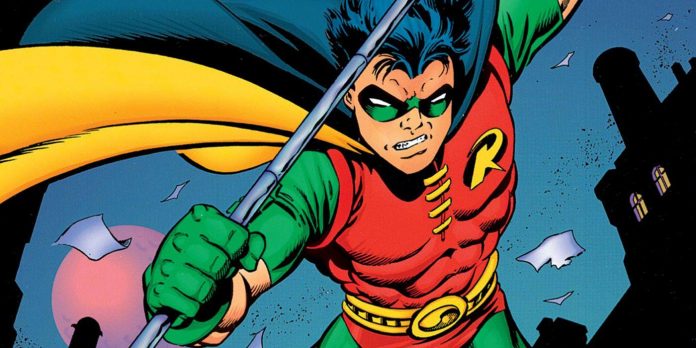 Being the “perfect Robin” is not easy, but if there is anyone who fits the role, it’s Tim Drake. The first Robin who actively sought the role of Batman’s assistant, Tim did everything possible to earn the favor of the Dark Knight — and succeeded. However, this might not have been possible if not for the generosity of a certain “stupid millionaire” Bruce Wayne.

Tim Drake’s first appearance in Batman #436 is as a young child who witnessed the deaths of John and Mary Grayson. Teen Tim later tracks Alfred down at the Wayne Estate and tells him that he has figured out the identities of Batman and Robin. After seeing Robin perform a quad flip—a move that had previously been available only to Dick Flying Grayson—he was sure of it. It wasn’t hard to put things together from there. Eventually, shortly after the Graysons’ death, Bruce Wayne adopted Dick, and Batman began patrolling the streets with a young buddy. The rest is history.

However, one small detail in Dennis O’Neill and Dave Taylor’s story “The Choice” from Legends of the Dark Knight #100 changes everything. In this issue of Legends, Bruce Wayne goes to Haley’s Circus following a tip-off to crime boss Tony Zucco. There he meets a boy named “Timmy”, to whom his mother gently tells that they cannot go to the circus because his father accidentally forgot his wallet at home. Bruce comes in and buys them tickets, and since he’s in such a generous mood, insists on paying for all the tickets to the show that night. It is clear that this Timmy must be a young Tim Drake, a little boy who will witness an event that will greatly affect the future of Gotham.

If Bruce hadn’t bought the Drake family tickets, Tim would never have witnessed Dick Grayson’s quadruple flip. Besides, Tim would never have known the identity of Batman and Robin and would not have become Robin himself. Ironically, this means that Tim’s descent from Robin begins a little earlier than Dick’s, since John and Mary Grayson are still alive when Tim first meets Bruce Wayne. The night that is pivotal for Bruce Wayne and Dick Grayson just so happens to be the instigation of Tim Drake’s Robin story.

Even now, after distancing himself from Batman as the Red Robin—and for a moment as the hapless Drake—many fans still consider Tim Drake the ultimate Robin. He has proven time and time again that he is someone Batman can trust and rely on. Selfless, intelligent and skillful, Tim Drake embodies the best qualities of Robin. In a sense, the tragic events of that night under the Big Peak hit two birds with one stone–or perhaps created two birds with one stone.