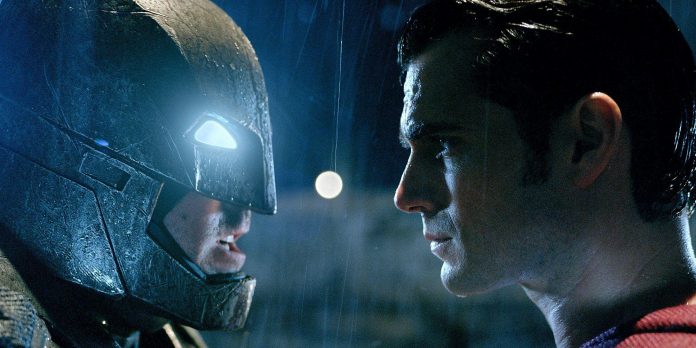 The two most beloved figures of DC Comics’ huge stable of superheroes are also the two most different characters in their beloved canon. One of the least creative and most common ideas in the history of their portrayal focuses on contrasting the two characters to each other, and it says a lot about both.

Batman and Superman are two of the three key members of the Justice League, the third being Wonder Woman. Clark Kent, in fact, was born a god and strives to bring his radiant optimism to the world with endless heroism. Bruce Wayne is a mortal man, driven by the hardest moment of his life to seek justice from the shadows. They are different, but they want the same thing. This is a classic trope.

In some comics, Bruce and Clark disagree on exactly how to follow the good ideals that both men want. In others, this philosophical split reaches the level of direct conflict. Thirdly, they simply don’t care about each other and quickly descend to the level of envious teammates, if not outright enemies. However, all these examples are in the minority. In the vast majority of comics featuring both Superman and Batman, each treats the other with the highest respect. Superman immensely respects a normal person who gives all his strength to protect his city, world and species. Batman considers Superman a paragon of virtue, an alien capable of anything who decides to devote himself to good. Both regularly consider the other a better person. They have very little in common, but everyone sees the main character in the other. They are united by more than friendship, it is an indissoluble bond. Unfortunately, those who have watched only the latest films will not agree with this.

The first and only director to put Batman and Superman together on the big screen was Zack Snyder. Their first work is Batman v Superman: Dawn of Justice, a film literally named after their conflict. Snyder’s Batman is a Hooded Punisher, and his Superman is a religious metaphor that goes berserk every time he’s asked. Batman hates Superman because of the collateral damage inflicted in the final battle of the Man of Steel. Superman hates Batman because he brutally kills criminals.

None of the characters are particularly comparable to their comic book counterparts, so their battle against each other seems like a pointless quarrel between two new characters. There’s a bigger threat lurking in the background, and eventually they come together to defeat it, just as everyone assumed. In the next Justice League movie, Batman decides he was wrong about his previous enemy and tries to bring him back from the dead. This is a terrible demonstration for Clark and Bruce, and even worse for their relationship.

There are several DC animated films that combine Clark and Bruce. Two of them are based on Jeff Loeb’s comic book series about Superman and Batman, which uses a more nuanced approach to the duo’s relationship. In several Justice League films, the two interact with each other, but usually share them or pay very little attention to them as a duo. More common are works such as Injustice, which depicts an evil Superman, or Doom, which tells about a villain with a conspiracy that Batman is guilty of. These films are less well-known than live action movies, but they also rarely portray Clark and Bruce as allies.

Pre-crisis DC comics portrayed Bruce and Clark as uncomplicated best friends. The turning point came in Frank Miller’s 1986 TV series The Return of the Dark Knight, in which Superman is depicted as a pawn of the government, and the elderly Batman as the last hero who can stop him. Like Alan Moore’s Guardians, The Return of the Dark Knight is one of the most influential comics ever written, mostly with negative influences. Basically, Miller believes that the default version of Batman is a comically gloomy loner, and the default version of Superman is either a joke or a bad guy.

The Batman hack is to eliminate all other heroic influences, no matter how important they are. No teammates, allies, teammates. Something as sublime as friendship or camaraderie would distract him from thinking and suffering. The hack of Superman is that his uncomplicated Boy Scout morals and divine power make him boring. Playing him directly will alienate people who like their superhero stories to be “mature”, so the filmmakers decide to either let him kill countless people or overthrow him by making him evil. These are both exaggerated portrayals of the character that have largely destroyed modern depictions. All of this goes back to the doomed desire to turn a story about costumed crime fighters into something that it is not.

The bitter hatred between Superman and Batman is often meaningless, but it is a symbol of more serious problems with their modern depictions. It was once illegal to portray two heroes as enemies.

The Texas Chainsaw Massacre: Creepy Trailer for the Sequel to the...