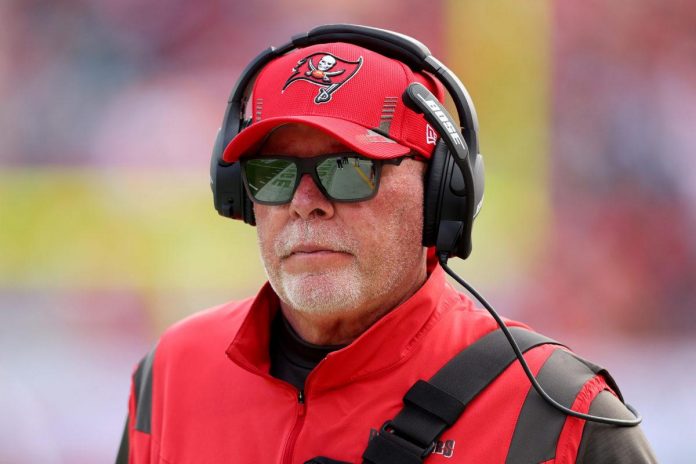 Tampa Bay Buccaneers receiver Mike Evans may have played the biggest role and received the biggest punishment for the brawl that broke out with the New Orleans Saints on Sunday, but Bucs executive Bruce Arians is now also facing disciplinary action.

According to Bucks insider Rick Stroud of the Tampa Bay Times, the NFL sent Arians a letter on Tuesday warning of “inappropriate behavior on the field” that could lead to “disciplinary action against him and the club.”

According to the report, the letter is related to the Arians’ argument with officials due to the fact that they did not impose a pass interference penalty on Marshawn Lattimore in the fourth quarter of Sunday’s game. Of course, Arians wasn’t the only one arguing with Lattimore in that fateful quarter.

It is reported that Arians called this letter a “warning about behavior on the sidelines” from the NFL. Stroud said Arians had probably received them before.

Bucks fans are outraged that the NFL disciplined the team so harshly after this game, while other NFL fans are baffled that Ariane is still on the sidelines at all:

Bruce Arians stepped down as head coach after the 2021 NFL season to become the Buccaneers’ senior football consultant.

But although he is no longer involved in game planning and does not talk to his players on the headset, he is still constantly present on the sidelines.

So this probably won’t be the last time we hear about Arians listening to officials when something goes wrong as his team wants.