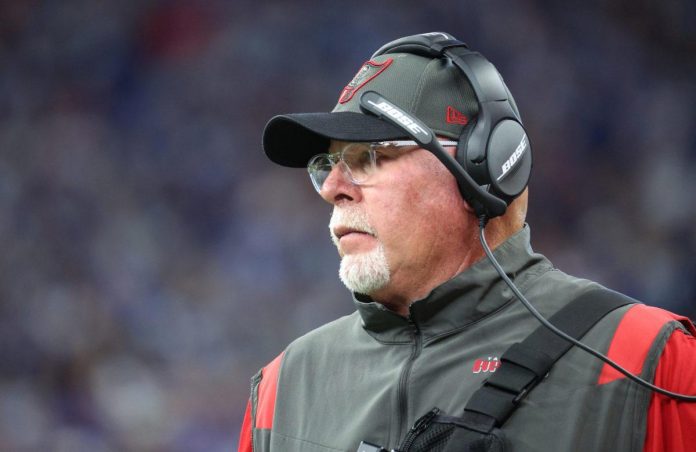 Bruce Arians’ official position may be the front office, but the former Bucks head coach was sidelined during Sunday’s brawl with the Saints.

And according to NBC’s Pro Football Talk, he could have been receiving emails from the league office.

According to PFT: “[] The NFL is working to resolve all issues related to the Bucks-Saints brawl on Sunday, including the involvement of “retired” Tampa Bay coach Bruce Arians from the sidelines.”

The NFL world reacted to the developing Arians story on Monday.

“Lol, the Bucs have a retired coach who illegally coaches from behind the sideline during games and sends players to attack opponents. Cool organization!” commented a New Orleans fan.

“The Arians were on the sidelines to provoke, and they could put an end to it. I’m sure the Bucks will happily trade a victory for any half—measure the league will accept,” another user replied.

“I think retired coaches are also allowed to say nasty things to Lattimore.”

“Glad I wasn’t the only one wondering what it was all about… what the hell was BA doing on the sidelines the whole game……..”, — said the other.

It should be interesting to see what the NFL discovers.

The world of NASCAR reacts to the news of cruel punishments