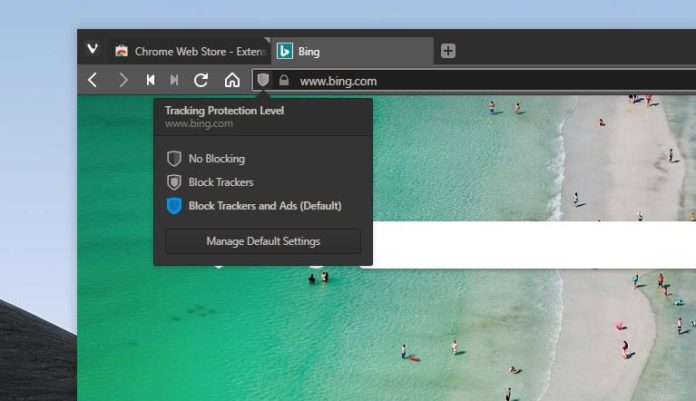 The internet browser called Vivaldi, which is known to many users but not used by most people, has an impressive feature. The developer team, which has updated the beta version of the browser, has officially announced to Vivaldi that an internal ad blocking plugin has arrived.

Now, Vivaldi, one of the internet browsers that have been subject to our news from time to time, has made a development that will end all question marks and discussions on ad-blocking applications.

The beta version, in which the Vivaldi developer team tested the features that the browser would offer to the stable version, has been updated as of today, and this update brought a built-in adblocker to Vivaldi. So Vivaldi users will not need any third-party ad blocking plugins in the future.

Vivaldi is an internet browser developed to protect users’ privacy in the internet. Vivaldi, which has prevented the collection of users’ data with an update published in the previous periods, has taken another step towards ensuring the safety of its users with its integrated ad blocker.

Vivaldi’s internal ad blocker looks like this
The developer team combined the ad blocking feature that Vivaldi added to its final test version with the ability to block the data collection we just mentioned. Thus, users will be able to get rid of just being watched or both being watched and advertisements with the latest stable version of Vivaldi. This feature seems to offer a more transparent internet experience for Vivaldi users.

Vivaldi’s ad-blocking feature is currently under testing. The developer team will update this stable version of Vivaldi and make the ad-blocking feature available to all users after testing this feature for a while and making the necessary corrections. Whether this effective feature will affect the rate of use of Vivaldi will only show time.

Hailey Baldwin appears charming in a Levis outfit on Instagram

Banning WeChat in the US Could Reduce iPhone Sales

Is That an UFO Confession from the Pentagon?

Honor 8A Prime Announced Smart Phone for Almost Any Budget