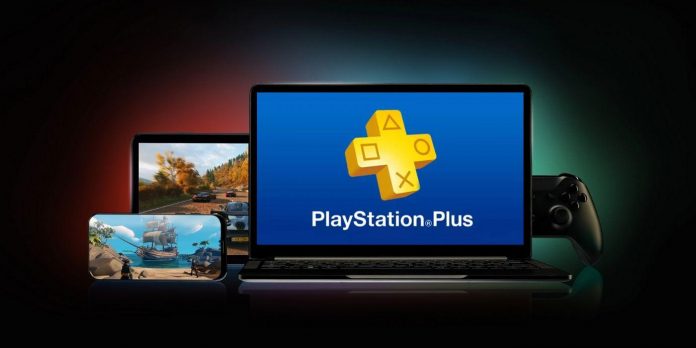 According to a new patent, Sony may try to enter the realm of cloud gaming by allowing players to stream PlayStation games from a simple web browser. Cloud games use the internet to connect players to a remote server using any device connected to the Internet, eliminating the need for special hardware or storage space when launching or streaming video games. Microsoft recently started using the cloud to play games on any system, adding its new Xbox Cloud Gaming technology to the Xbox Game Pass, giving players access to blockbusters on the go.

This is just one of many factors that have led to the rise in popularity of the Xbox Game Pass over the past few years, prompting Sony to try to catch up by upgrading its own PlayStation Plus subscription service to match the new multi-tier model. year. The new PS Plus was released back in June and gives subscribers access to classic PlayStation games, but it still lacks cloud support that would allow players to run PS-exclusive games such as God of War (2018) or Marvel’s Spider-Man on their devices. tablets or mobile devices, as Microsoft currently does with the Xbox Game Pass.

By topic: How Hideo Kojima’s New Game Can Use Xbox Cloud Technology

That may change soon, as Sony recently filed a new patent for browser-based gameplay, as Game Rant noted. This patent application, titled “Browser-based Cloud Games,” describes a system supposedly under development that will allow PlayStation Plus subscribers to launch the service and stream games on any device via a web browser, eliminating the need to have a special console at hand. during gaming sessions. This could allow players to access games like the upcoming God of War: Ragnarok on their laptops or mobile phones, or even stream them directly to an internet—connected TV without a PS5 – similar to how Xbox Game Pass can be run on Samsung TVs.

While Sony has largely remained focused on building its PlayStation brand as a powerful gaming hub for consoles with the PS5, in recent years the company has been trying to enter the PC market by releasing some of its largest proprietary games in outlets such as Steam and the Epic Games Store. Earlier this year, Sony released the blockbuster God of War (2018) on PC, and next month Marvel’s Spider-Man Remastered and Spider-Man: Miles Morales will appear on computers after being exclusive exclusively to PlayStation hardware. Sony executives even officially announced the company’s plans to release about half of its PlayStation games on PC by 2025.

This new PlayStation Plus patent seems to support Sony’s efforts to expand Sony’s influence in the PC gaming atmosphere and compete with Xbox Game Pass by allowing players to stream games on their computers via a web browser – although the patent is far from confirming that the technology will ever be used by the company. There are still a few issues Sony will need to address as it works to make this patent a reality, and there is currently no information on when Sony will implement this new web browser-based cloud streaming service on PlayStation Plus. come true at all. If this new patent does lead to the launch of a new cloud outlet for PS Plus, then PlayStation fans will one day be able to play Sony-published games like Ratchet and Clank: Rift Apart on their mobile phones.

The most interesting character creations in Golden Ring