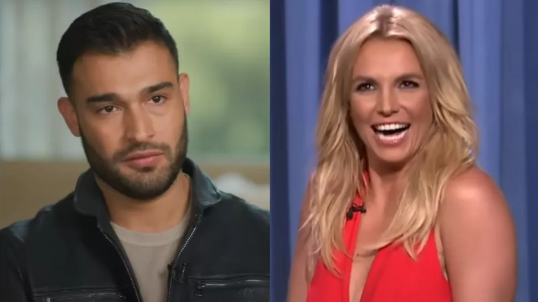 Britney Spears is known for posting several wild photos on social networks. Whether she’s talking about a past trauma, showing off her dance moves, or strategically sticking stickers on racy snippets of nude photos, the pop singer has certainly earned our attention as she continues to enjoy her freedom after 13 years in custody. Nude photos attracted the attention of her husband Sam Asgari, and he honestly told about his thoughts about his wife’s risky Instagram posts.

Sam Asgari, who married Britney Spears at a fabulous wedding in June, told in his Instagram stories what he thinks about his wife’s nude social media posts:

The only person in the world who is bullied for such posts. I personally would prefer she never published them, but who am I to control someone who has been under the microscope and monitored for most of her life.

His message is clearly a response to comments on Britney Spears’ posts, and while he admits he would prefer she didn’t post such photos, he admits she has been controlled for most of her life and he’s not going to continue that. pattern.

Emilia Clarke Had a Hilarious Reaction to The A+ When Asked...