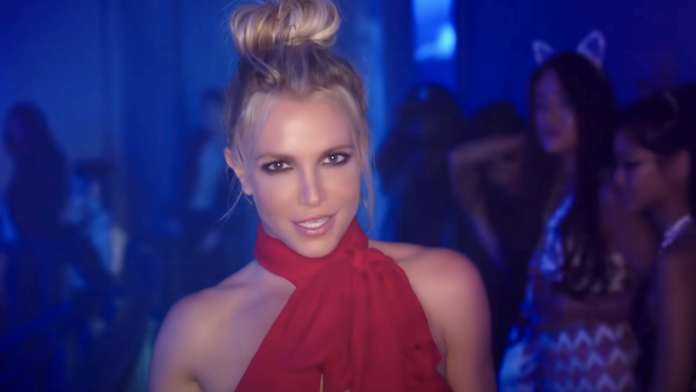 Britney Spears deleted her ultra-popular Instagram account at the end of last week, forcing many fans to think about what her plans for the future in social networks are. Well, a few days later and a few posts made it clear that we can probably expect a lot from a pop star, only on Twitter, not on Instagram. After Spears hasn’t posted a single tweet for over seven months, Spears has given fans five, including a thread, since leaving Instagram.

Among the posts that have received the most attention is one that Spears posted last night. This is about a 30-second clip in which the beloved singer takes off a really cool looking white coat and exposes a red bikini underneath. Then she goes to the camera, and music plays in the background. Also, a cat is playing in the background at the beginning of the clip, and, of course, people can’t get enough of this little scoundrel.

After the widely publicized end of her guardianship, Britney Spears widely used her social networks as a means of communicating with fans, talking about her feelings and dealing with her past. She has also released several photos and videos in which she is depicted in different clothes, sometimes completely naked, with her hands covering various parts of her body. These latest posts have sparked a wide variety of fan reactions and have recently been at the center of some of the issues Spears has had with her ex Kevin Federline and their children.

Earlier this month, Federline gave an interview in which, among other things, he said that their common sons do not particularly like it when their mother posts nude photos on social networks. This caused a series of correspondence on Instagram, in which it turned out that the boys allegedly had not seen their mother for several months, had not even been to her recent wedding. Some of Federline and Spears’ messages during the altercation were later deleted, and shortly thereafter she completely abandoned her account.

It’s unclear if all of the above is the reason Spears officially left Instagram for Twitter, but rest assured, many of her fans have followed her. Britney has more than 55 million subscribers on the service, and her posts get more than their share of participation. A separate photo that she posted on Friday collected more than four hundred thousand likes and thousands of additional comments.

In addition to her social media posts, Spears returned to the studio, working on music. She recently turned down a collaboration with pop legend Elton John called “Hold Me Closer.” It has already reached number one on the streaming charts in more than 40 countries, and they are also reportedly working on a video to support the song.