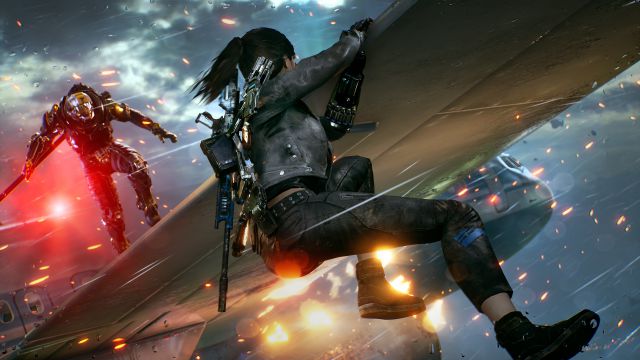 Bright Memory: Infinite: FYQD-Studio shares a new preview of its next video game for PC and Xbox Series X | S that will arrive this same 2021 and later for PS5. Bright Memory: Infinite, the next title from FYQD-Studio together with PLAYISM in the form of a fast-paced first person shooter action video game with special emphasis on hand-to-hand combat, has presented a new trailer with gameplay on the occasion of the Game Charging Night 2021 event And it does so with a new video clip loaded with action that shows us the main combat skills of its protagonist, in addition to confirming its launch for this same 2021 (on a date to be specified) for both PC and Xbox Series X | Yes, while PS5 will come later.

Thus, and as we know from previous advances and from Bright Memory itself, this new, improved version of the original will bet very hard on frenzied shootouts that we will have to combine with both parkour movements and blows and melee executions, all in natural and fluid.

And it is that in this same trailer that heads the news we are witnesses of the most spectacular confrontations, including what seems like a boss of considerable size and strength. To defeat the enemies we will have to learn to combine shots from various types of weapons with accurate blows, including bladed weapons.

Bright Memory: Infinite takes us to the year 2036 where a futuristic city suffers a strange anomaly in the sky; To investigate what is happening, the Supernatural Sciences Research Organization sends several agents to investigate. As part of the mission, our protagonist will have to engage in combat with mysterious figures that seem to come from another era.