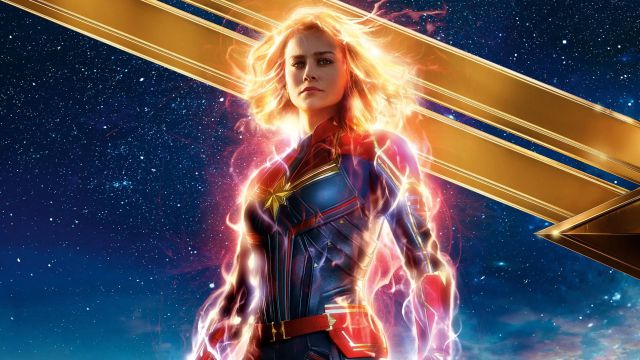 The actress assures that the film is already in preparation, although its premiere is not scheduled for this year, but for 2022.

Superheroes will continue to fight villains despite the threat of the coronavirus, which has put the production of many films slated for 2020 in check. Between delays, problematic shootings and changes to the schedule, the genre has been somewhat orphaned , but Marvel Studios is still working on the next movies they have in the works. One of them is Captain Marvel 2, scheduled for 2022. It is still unknown when production will begin, but the actress who plays Captain Marvel, Brie Larson, has hinted that it will not take too long.

During the most recent episode of her show on her YouTube, the performer (Carol Denvers in fiction) has offered a small update on the status of production. Although she of course has not provided specific details, she has reported that they are already preparing the expected return. “As you may already know, Captain Marvel 2 is already in preparation,” she pointed out. “I can’t say much more than this, but I’m going to stand up for it. The time has come to start moving ”.

No information on the plot

Nothing is yet known about the details of the plot, which Marvel and Disney keep completely secret. What is known is that Ms. Marvel, the character played by Iman Vellani, will make her debut on the big screen as Kamala Khan. WandaVision’s Teyonah Parris will reprise her role as Monica Rambeau. Candyman director Nia DaCosta will direct the film, while the script will be written by Megan McDonnell.

Disney has numerous adaptations of its most important sagas underway. In that sense, the Disney Plus platform has been conceived as the home of all the television productions they are working on. Among everything they have outlined for the next few years there are more than 20 series based on Marvel and Star Wars, the most prolific sagas of the entertainment giant.

HUAWEI HAS NEW PROBLEMS IN SPAIN